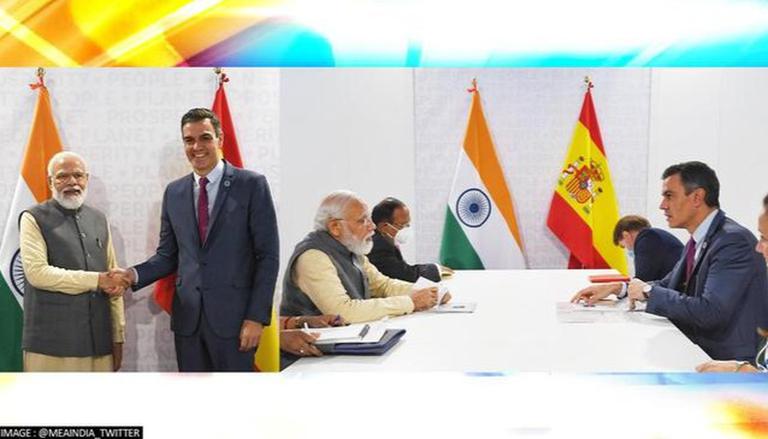 Prime Minister Narendra Modi on Sunday met his Spanish counterpart Pedro SÃ¡nchez on the sidelines of the Group of Twenty (G20) summit in Rome, Italy. PM Modi called on Spain to invest in various sectors in India, including green hydrogen, infrastructure and defense manufacturing.

Foreign Ministry spokesman Arindam Bagchi said the two leaders had had fruitful talks on ways to deepen ties between India and Spain. “The two countries cooperate widely in areas such as trade, energy, innovation and more,” Bagchi said.

Prime Minister Modi, who is in Rome at the invitation of his Italian counterpart Mario Draghi to attend the G20 leaders’ summit, was accompanied by Foreign Minister S Jaishankar and National Security Advisor (NSA) Ajit Doval during the of his meeting with Sanchez.

The G20 makes commitments on climate neutrality, the financing of coal

On Sunday, G20 leaders made a compromise pledge to achieve carbon neutrality by 2050 or around 2050 as they concluded a two-day summit, laying the groundwork for the United Nations climate conference in Glasgow, Scotland. According to the final statement, the leaders also agreed to end public funding for overseas coal-fired power generation, but did not set any limits for the phase-out of coal at the domestic level.

According to AP, Italian Prime Minister Mario Draghi said: â€œWe need to accelerate the phase-out of coal and invest more in renewable energy. We must also make sure that we use the available resources wisely, which means that we must become able to adapt technologies and also our lifestyles to this new world. “

The G-20 reaffirmed previous commitments by rich countries to mobilize $ 100 billion each year to help the poorest countries cope with climate change.