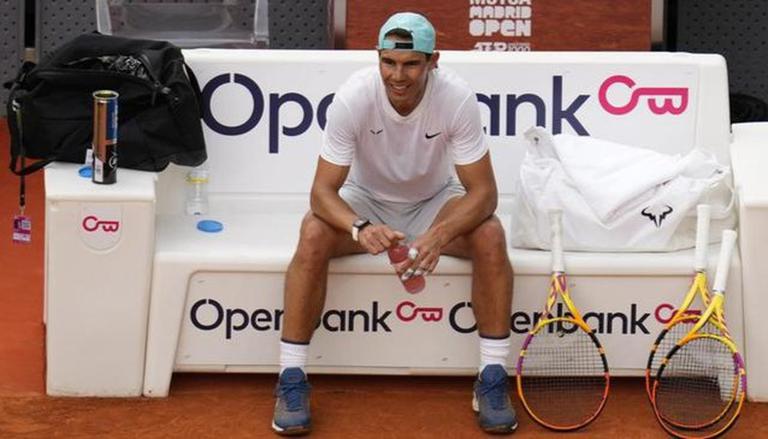 In a key development guaranteed to delight tennis fans, ace player Rafael Nadal makes his return from injury while competing in the ongoing Madrid Masters tournament. It will be his first tournament since losing to Taylor Fritz in the Indian Wells final in mid-March. However, before the former world number 1 stepped onto the court at the Madrid Open, he made a special request to the organizers.

According to express.co.uk, Rafael Nadal has asked Madrid Open director Feliciano Lopez to schedule his Round of 16 match for Wednesday morning. The report states that Rafael Nadal has made the request in order to attend the Manchester City vs Real Madrid UCL semi-final at the Santiago Bernabeu on the same night. Real Madrid are currently trailing Manchester City 3-4 after the first leg at the Etihad Stadium. The La Liga champions would like to win the game at home. The Australian Open champion is a Real Madrid fan and was seen recently during Real Madrid’s game against Espanyol which the La Liga champions won 4-0. He stayed in the boxes to watch the game unfold.

Feliciano Lopez, who is the manager of the Madrid Masters, has confirmed his request after himself admitting that he would like to go to the Manchester City vs Real Madrid Champions League tie. The report states that Rafael Nadal also plans to watch the match. He said: “It’s been a long time since I’ve been to the Bernabeu and this is a game I would love to attend. Let’s see if I can escape to see the game against Manchester City.” He added that Rafael Nadal wanted to play during the day in Madrid so the ball would bounce higher, but with the semi-final he joked that he wouldn’t play at night.”

Everything you need to know about the Madrid Open

Rafel Nadal is set to face Miomir Kecmanovic in his first match at the Madrid Open after being granted a first-round bye. Nadal has won the competition five times in the past, with his last triumph coming in 2017 with a 7-6, 6-4 victory over Austrian star Dominic Thiem. Besides Rafael Nadal Novak Djokovic, Andy Murray, Alexander Zverev and Spanish teenage sensation Carlos Alcaraz are all taking part in the competition.