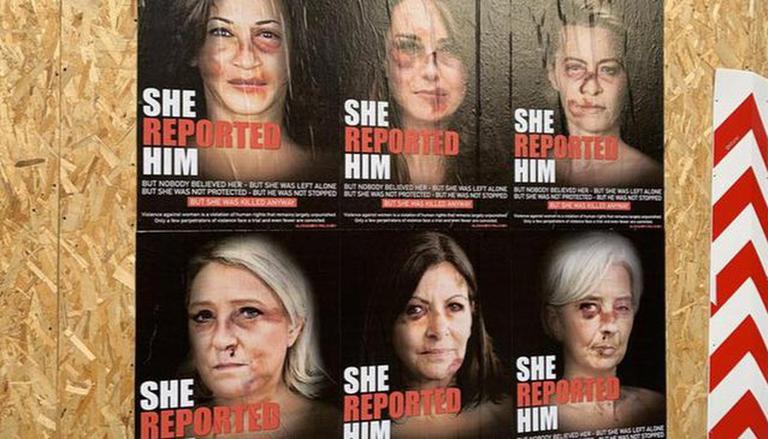 A forged photograph of Kate Middleton with bruises and purple clippings recently circulated across Europe and subsequently left dozens of people furious. The shocking image was part of a domestic violence campaign that aimed to galvanize support against violence against women. The photograph, which was pasted to walls of buildings in Milan and the Spanish coastal town of Los Alcazars, showed the Duchess of Cambridge with bruises, cuts all over her face along with slightly swollen lips.

â€œShe denounced him. But no one believed her – but she was left alone. But she was not protected – but he was not arrested. But she was killed anyway, â€the poster said.

The campaign not only used the face of the British Royal, but also featured other pragmatic women leaders, including US Vice President Kamala Harris, Queen Letizia of Spain and European Commission Ursula von der Leyen. Later, speaking about the poster’s creator, Italian artist and activist Alexsandro Palombo said that through the campaign he wanted to draw attention to “weak policy responses to the issue of gender-based violence” and underline â€œthe ineffective support and protection system for victimsâ€.

“Why should a woman report violence if after reporting she is not protected by institutions and ends up being killed anyway?” How can a woman victim of abuse and violence still have confidence in institutions? I only see the Policy inviting women to denounce but without taking responsibility for providing protection and support to victims. A state that does not protect but leaves women alone in the hands of their executioner becomes a silent accomplice, â€Palombo wrote in an Instagram post.

Why was this a problem?

Despite the positive cause, the campaign did not seek permission to notify Kensington Palace to use the Duchess’s photo. It touched fans and supporters of the British Royal, who then took to social media to slander the artist and use the images without permission or permission. YOU GIVE THEIR PERMISSION, â€wrote one user. â€œHow about asking the families of women who have actually experienced domestic violence if you can post their photos. It’s ridiculous, â€added a second user.

It’s a crime, isn’t it? Under data protection law.

It would have been more believable if they had used Harry

It’s such a horrible campaign! It’s so disrespectful with Catherine, the other famous women who have had their photos used like this without their permission and with the real victims of domestic violence! That’s a big no ðŸ‘ŽðŸ»ðŸ‘ŽðŸ»ðŸ‘ŽðŸ»ðŸ‘ŽðŸ» There are much better ways to get women talking !!