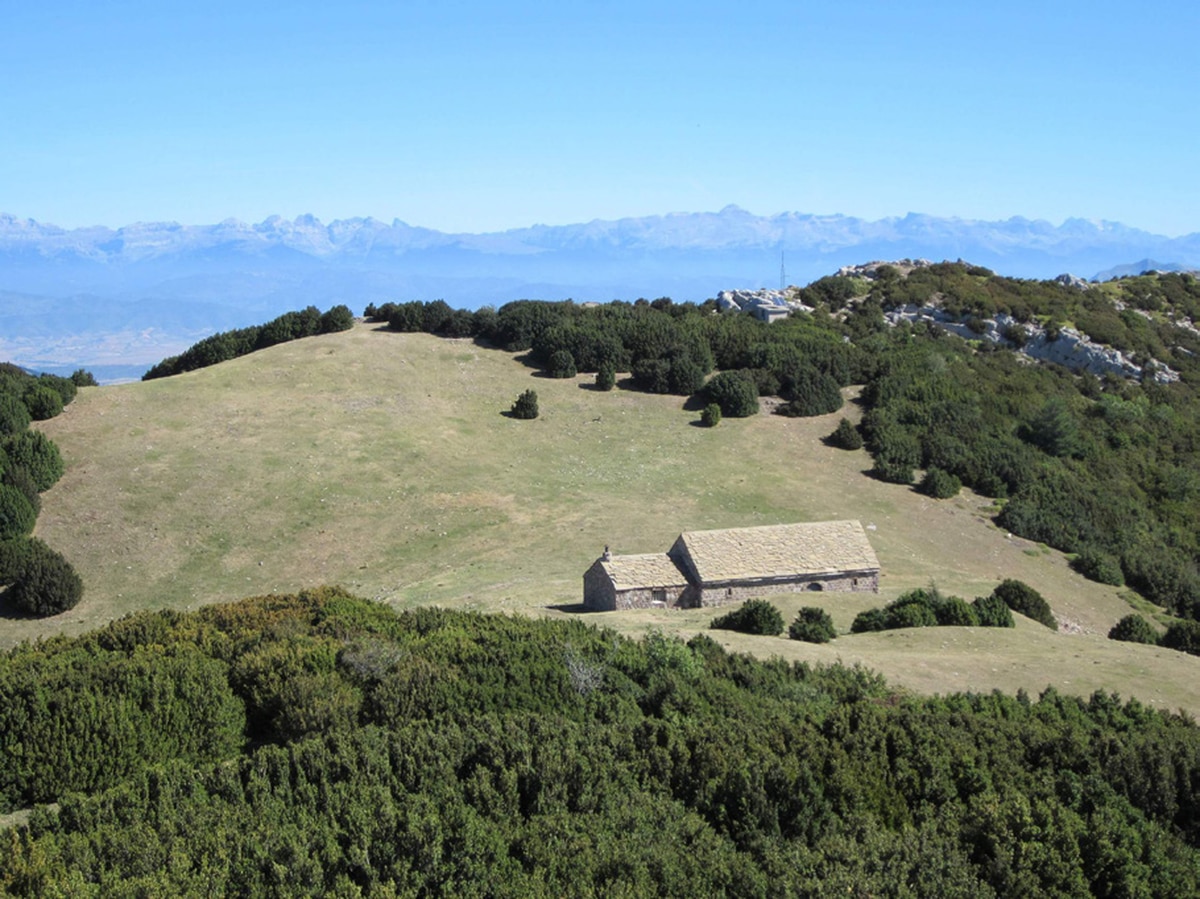 Lourdes Malón Pueyo, 18, was executed on August 20, 1936, at the start of the Spanish Civil War. Right-wing Falangists shot her as she tried to flee through the mountains. Her sister Rosario, 23, died the same day inside the cave where she had taken refuge in Lourdes, in addition to her father and brother. Their crime? Having embroidered a republican flag for the Socialist Youth Association of Uncastillo, a town in Zaragoza, in northern Spain.

Between 2013 and 2020, five archaeological expeditions were undertaken in search of the skeletal remains of the two young women. Rosario’s body was found in 2017, but not that of his sister, who is still missing. But the research, sponsored by the Charata Association for the Recovery of Historical Memory of Uncastillo, with the support of local and provincial funding, yielded another set of unexpected discoveries: the walls of the medieval monastery of San Esteban de Oraste, a Visigothic tomb, ceramics from the same period, a bell fragment representing a monk in a chasuble and a set of coins from the 11th century.

The study The archaeological site of Peñas de Santo Domingo: the phases of Hispano-Visigoth and medieval occupation, by specialists Francisco Javier Ruiz Ruiz, Tomás Hurtado Mullor, Roger Sala Bartrolí, Pedro Rodríguez Simón and José Ignacio Piedrafita Soler, notes that the place where the two sisters were murdered is located in the municipality of Longás, near the chain of Pyrenees. An 18th century sanctuary dedicated to Saint Dominic, still standing, gives its name to the whole area, which also contains a cave – the very one where the family had taken refuge.

To find the bodies, 3,500 square meters of land were searched using ground-penetrating radar technology. “The final objective was to identify, describe and position any type of anomaly in the subsoil compatible with earth movements related to burials, by determining possible burial points,” the report states.

With the results displayed on the computer screens, it was decided to undertake 15 surveys at locations which suggested “possible remains of pits or burials”. Two other searches were carried out inside the cave. To complete the investigation, metal detectors were also used to locate ballistic evidence (Civil War cartridges or shells) that could help locate graves or reconstruct past events.

The work also confirmed the existence of a “hitherto unknown Hispano-Visigothic occupation” including a burial and a dump. The grave measured 1.80 by 0.48 meters and contained the remains of an individual “in a supine position with the head turned to the northwest, the arms crossed on the hips and the lower limbs extended”. Forensic and genetic analyzes determined that he was a young adult male, between 20 and 30 years old and 1.57 meters tall. Radiocarbon tests place his death between the years 475 and 620. In the dump, besides charred animal bones, researchers found 261 fragments of ceramics, glass and various metallic objects. The ceramic pieces are dated to the 6th or 7th century.

Scholars already knew that in the High Middle Ages the Monastery of San Esteban de Oraste or Orastre was established on top of the Peñas de Santo Domingo, between 1030 and 1059. But the exact location was not known. The geophysical surveys “have now enabled us to document and define part of the floor plan of the old monastery, of which traces of walls are still visible next to the Sanctuary of Santo Domingo”. This set of structures – at least 600 square meters have been investigated – includes “remarkable elements”, including a main body which corresponds to a courtyard and a peripheral enclosure with walls half a meter thick.

To the north of these structures, “possible linear features that could be related to the central structure” were located, and two more lines of collapsed masonry walls emerged. “The data obtained by the geophysical survey allow us to confirm the existence of an important architectural complex, which should be identified with the possible remains of the medieval monastery of San Esteban de Orastre”, explains Francisco Javier Ruiz Ruiz, responsible for the ‘investigation.

In addition, metal detectors brought to light a multitude of objects, among which a set of coins from the 11th to 13th centuries, an iron arrowhead, a fragment of a metal bell with figurative decoration representing a monk dressed in a chasuble and carrying a bell in his hand, which probably represents a member of the Order of Saint Anthony, founded in the year 1095, a copper earring with a translucent blue stone and a geometric decoration in relief and an oval-shaped iron belt buckle”, which technicians believe was made between the 12th and 15th centuries.

The colony remained active for centuries until its final demise in 1836, when church property was expropriated by the state. Exactly 100 years later, two young women, their father Francisco and their brother Mariano fled in terror to a cave in Las Peñas de Santo Domingo – their mother, Francisca Pueyo Prat, had already been shot a few days earlier. After being discovered, the two young women were shot dead. Only the son, who managed to flee to Huesca (where he died in 1999), and the father were spared, but the latter could not bear so much pain and died of grief shortly after the cruel murder of his family. The walls of the Convent of San Esteban de Oraste were the only witnesses to the crime.