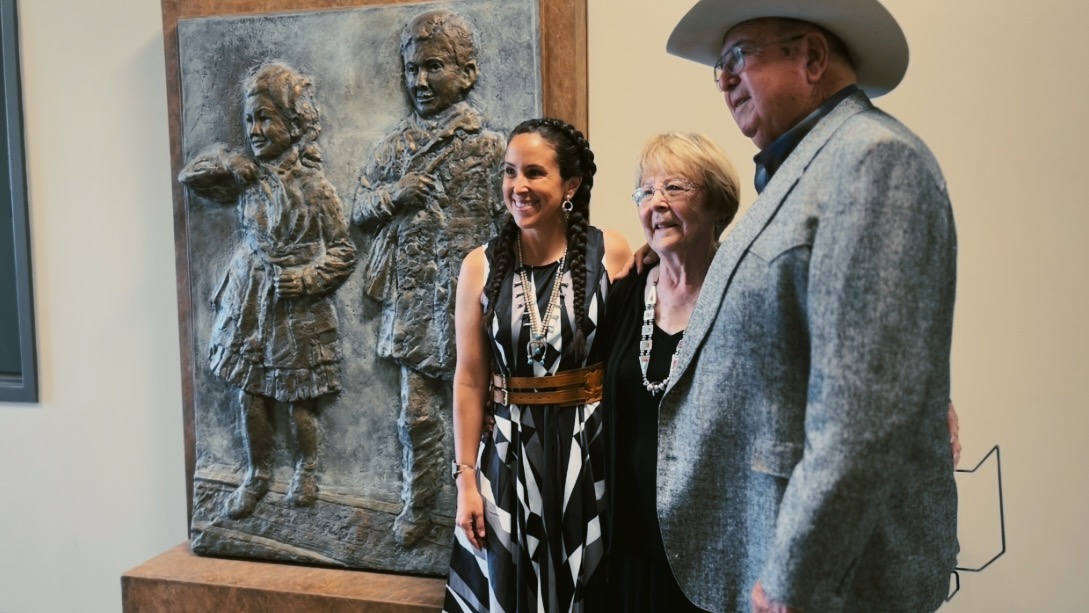 “This case got lost in time,” said retired judge and chairman of the committee Maestas Martín A. Gonzales. “I’m fifth generation in the San Luis Valley and my family goes much further back to New Mexico.” Despite having local roots and as a 12th Judicial District Court judge, “I had never heard of this case,” Gonzales said.

Gonzales said a trio of scholars brought the case to his attention when they contacted the Alamosa courts for a copy of the 1914 records.

“I didn’t know how long we had records – but lo and behold, we found the case,” Gonzales said. The researchers – Rubén Donato, Gonzalo Guzmán and Jarrod Hanson – have spent years writing and educating the public. Soon, a committee of scholars, legislators, researchers, county officials, historians, and descendants of the Maestas family trained to educate the public about the Maestas case.

Donato noted that to achieve equity within the local school system, the Hispanic community of Alamosa must overcome the biases of the courts — and the historically biased regional media. “The courthouse statue will serve as a reminder to the American people that the Hispanic community of Alamosa has rejected school segregation,” Donato said. “They got organized. They raised money. They hired a lawyer. And, they challenged unequal education.

“Literally, young child’s dreams have come true,” Guzmán said. “This bronze relief is dedicated to resilience, agency and reclaiming our own space…For too long we have had a history of neglect and erasure, and that is no longer the case. We now have a statue that says we matter.