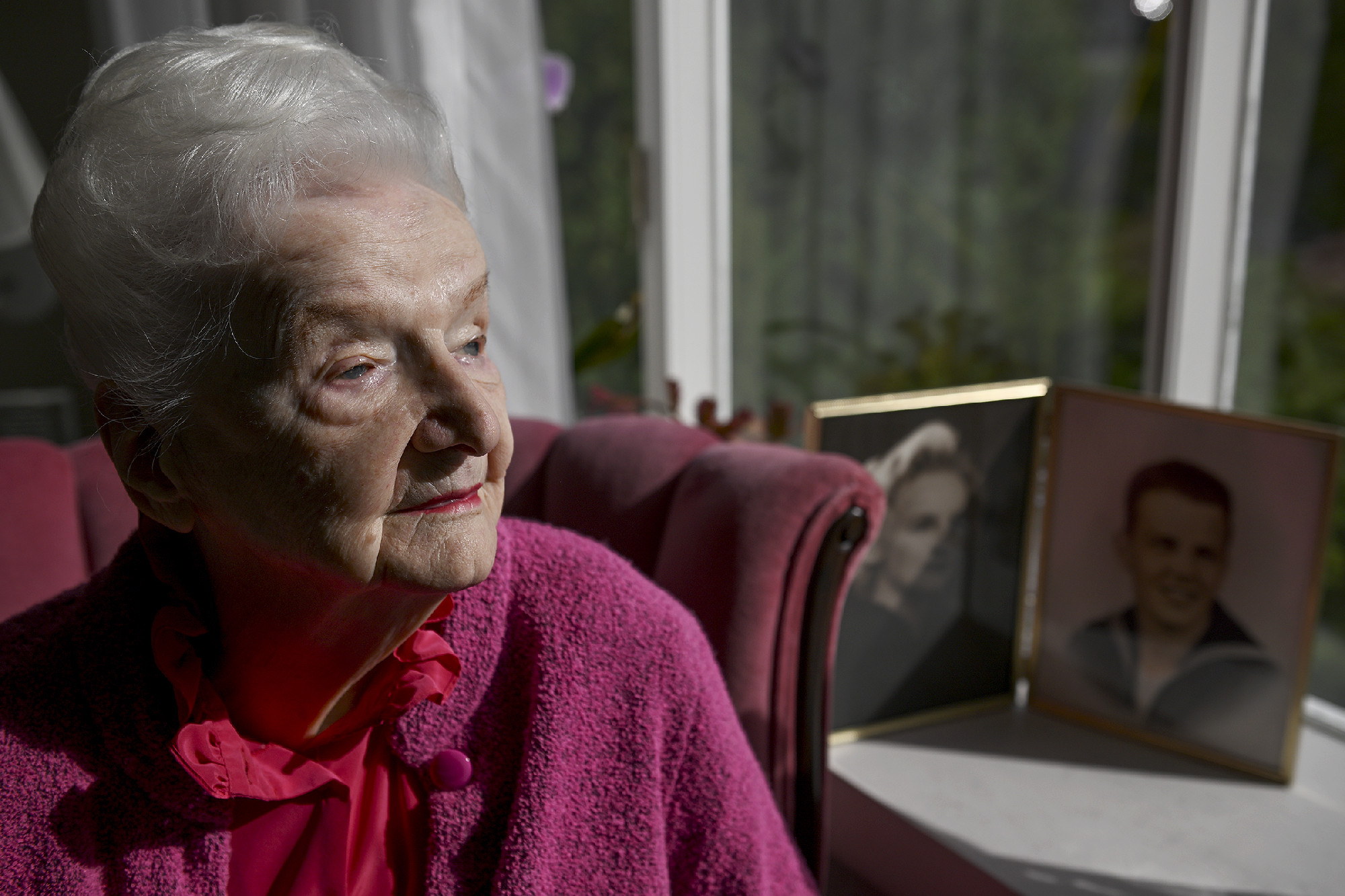 Just over a year ago, 104-year-old Niskayuna resident Geneviève Freer started using a walker. As she approaches her 105th birthday, she is still getting used to it.

The Schenectady native’s personality is bigger than her short stature. She is gregarious and quick to crack jokes.

“She makes friends with everyone wherever she goes, she loves to mingle with people and everyone loves her for her great sense of humor and for her positivity,” said Donna Turowska, friend and caregiver.

Freer’s memory goes way back to his childhood in Electric Town and the early days of his career, working at General Electric during World War II.

Born on October 3, 1917, in the midst of the Spanish flu pandemic and World War I, she was one of seven children. Her father, Joseph Ruminiecki, worked part-time at GE, taught dance and sang at St. John the Evangelist Church. Freer remembers that he always kept the cake that his mother, Victoria Ruminiecki, wrapped for him and brought it back to her and her siblings after work.

Her parents died a year apart before she turned 18. Her father died of lobar pneumonia, while her mother was paralyzed from the waist down by a stroke. For about a year before her death, Freer and her siblings cared for their mother.

After the death of her parents, her older siblings took local jobs and cared for their younger siblings. Freer, who had just graduated from Mount Pleasant High School, then attended Mildred Elley, a local college where she took classes in shorthand and typing, among other things.

“After that, the war broke out and I got hired at GE,” Freer said. For the first few years, she worked in sales and the bond office, among other departments. Some of the positions she held had previously been held by men who had been conscripted during the war.

No matter what weather or job she was assigned to, Freer said she dressed up every day, either in a pleated skirt or a dress and stockings, which became valuable during the war. She remembers being upset after falling on the GE bus and ripping off one of her last pairs of stockings.

“[The bus driver said] “She’s screaming about stockings and her knees are bleeding.” But I said, sir, don’t you know you can’t buy stockings anymore? laughed Freer.

His brothers were drafted into the service and served in Japan. Freer and her sisters were constantly afraid for them and prepared and sent packages whenever they could.

After World War II, Freer, at the age of 30, married Clayton Wellington Freer. He always wore a suit and he treated her with great respect, Freer said. The two loved to dance and were asked to join at least two dance groups, Freer recalled. They married 19 years before his death. Freer never remarried and still carries her picture with her.

She continued to work at GE until she was 70 and in retirement remained active in the community, volunteering at the Salvation Army, Niskayuna Senior Center and others. She was also active at Saint Kateri Tekakwitha Church, of which she is still a member.

Freer lived independently until fairly recently. Turowska is staying with her and the two have built a close friendship over the past year.

“She’s a wonderful, positive, young soul who never gets mad or complains. She loves her life,” Turowska said.

They play cards and read the newspaper together, although Freer needs the help of a magnifying glass. They also go to local casinos, not so much to gamble as to hang out and meet other people. When they go, Freer always puts on makeup, which she calls her “war paint.”

For her birthday on Monday, she doesn’t want anything too elaborate. Instead, she will have a small meeting with some close friends and her niece.

Freer has remained healthy and is taking minimal medication. When asked what the secret to her longevity is, she says she eats seafood almost every day, but adds, “God gave me something. That’s all I can say.”

More from The Daily Gazette:

Under fire, Truss and Kwarteng prepare to confront loyal Tories