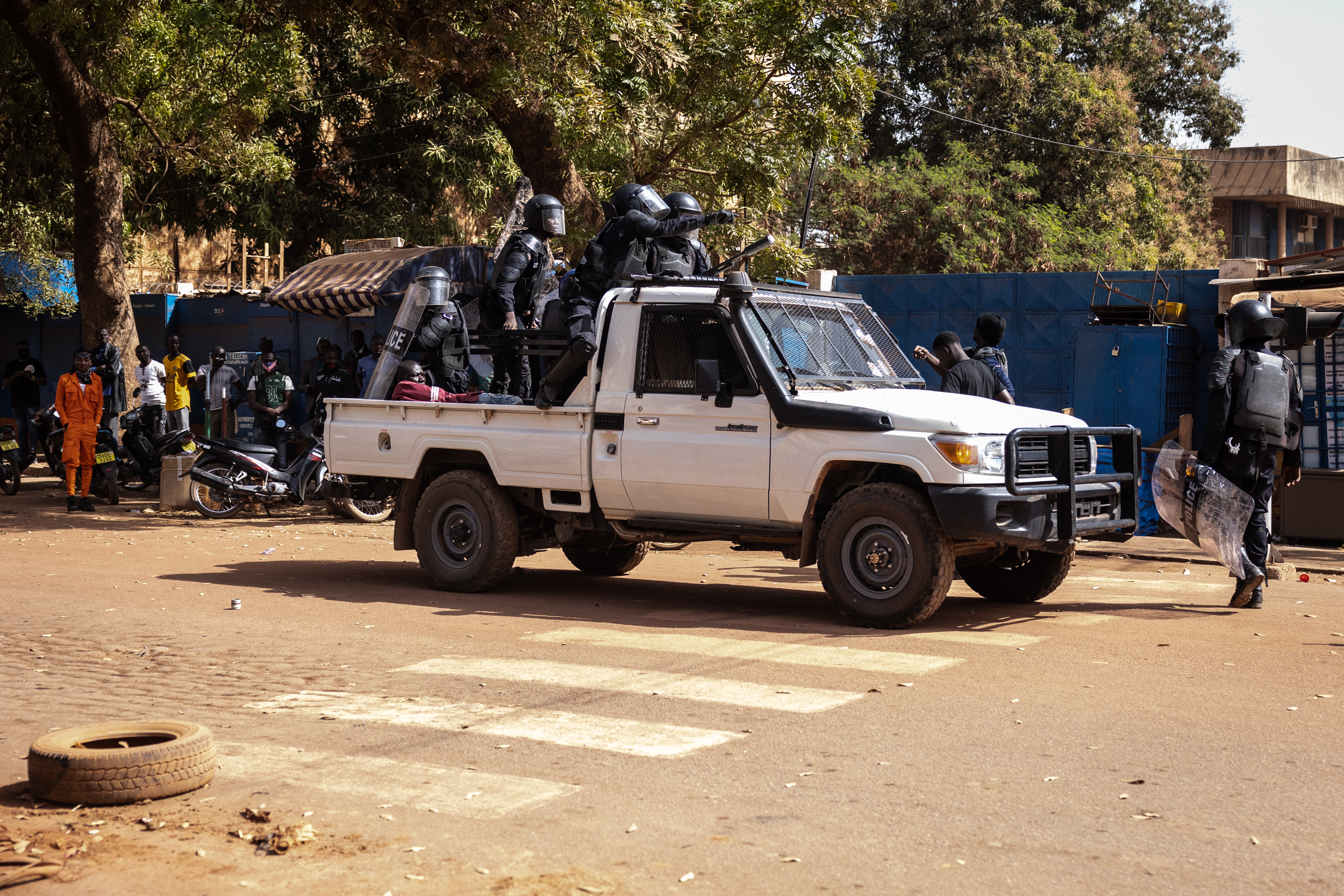 New York, January 25, 2022 – Authorities in Burkina Faso must ensure journalists can report freely, safely and without fear of arrest, the Committee to Protect Journalists said on Tuesday.

On Sunday, soldiers at the Sangoule Lamizana military camp outside the capital Ouagadougou briefly detained freelance journalist Henry Wilkins and Associated Press reporter Sam Mednick, according to the two journalists, who spoke to CPJ via messaging app, and comments from Wilkins. on Twitter and at the BBC.

Journalists were photographing and filming the camp when some soldiers pointed their guns at them and others fired in the air. The soldiers confiscated their gear, took them inside the base, then released them and returned their gear, according to Wilkins and Mednick, who said the incident lasted about 30 minutes.

On Monday, members of the military announced on state broadcaster RTB that they had suspended the constitution, dissolved the government and closed the country’s borders.

“People in Burkina Faso and around the world can only know what is happening in the country if journalists are allowed to do their job without fear of being arrested or harassed,” said Angela Quintal, coordinator of the South Africa program. CPJ. “Attacks on the press are never justified, and authorities must maintain internet access and ensure that journalists can work safely and disseminate information without fear.”

Meanwhile, Ibrahim Compaoré, a journalist with the local broadcaster La Chaîne au Coeur de l’Afrique (LCA), was hit in the arm by a tear gas canister while filming protests on January 22, according to the journalist, who s speaks to CPJ about the phone, a post on LCA’s Facebook page, and local news media reports. Compaoré told CPJ that the canister broke his left arm and he received medical treatment.

On the same day Wilkins and Mednick were detained, local and international media and digital rights group Access Now reported internet disruptions in the country, following similar disruptions in early January and in November 2021.

A journalist working in Ouagadougou, who asked to remain anonymous for security reasons, told CPJ on Monday via a messaging app that angry mobs harassed and chased journalists to prevent them from recording events on the streets. .

“As soon as you go out with a camera, crowds will form,” the reporter said. “Local Journalist[s] and strangers… People will start chasing you, with sticks. A guy was about [to] throw a stone at me today.

CPJ was unable to immediately determine which authorities to contact to comment on the events surrounding the coup.

Reached via the messaging app, Guy Hervé Yé, director of communication and public relations for the Burkina Faso gendarmerie, told CPJ that he was not aware of the specific circumstances surrounding Compaoré’s case, but said journalists filming the protests risked having tear gas deployed to disperse crowds.

He said journalists should stay further away from protests to avoid being caught between security forces and protesters.

Previously, in April 2021, Spanish journalists David Beriain and Roberto Fraile were kidnapped in eastern Burkina Faso and killed. In late November 2021, security forces and protesters also attacked and harassed journalists working to cover protests against insecurity and calling for a change in national leadership, according to a condemning statement from the Association of Journalists of Burkina Faso. .

Journalists in Burkina Faso can consult CPJ’s safety tips on reporting during times of civil unrest and internet disruptions.