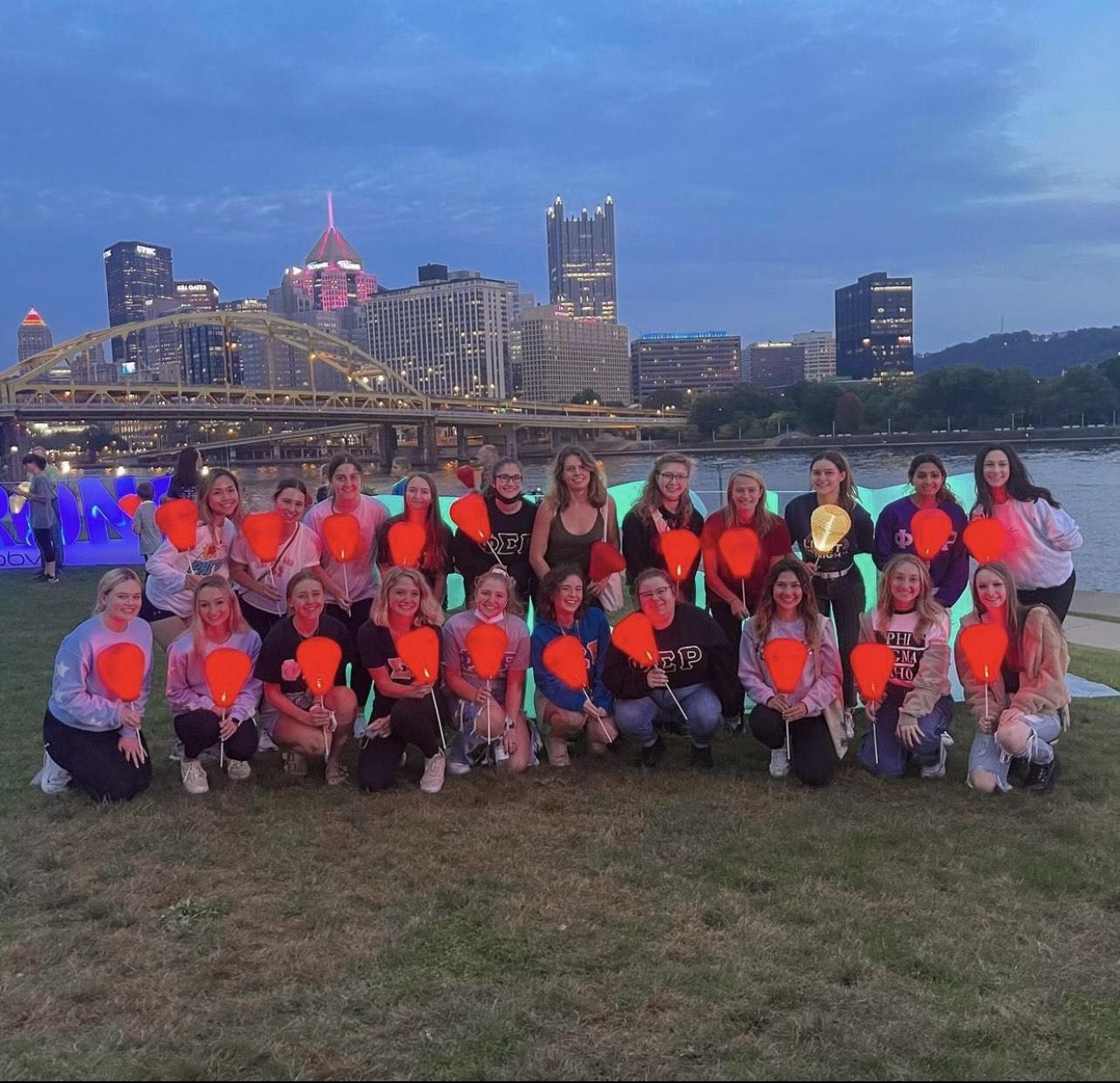 For members of Pitt’s Chapter of Phi Sigma Rho, a social engineering and STEM sisterhood, excluding non-binary and transgender people from Greek organizations is unacceptable. The sorority recently updated its statutes to be more welcoming with inclusive language and the use of pronouns as well as anti-discrimination clauses.

Maddi Viteri, former vice president of the section for diversity, equity and inclusion, said the sorority’s previous statutes lacked specifics on inclusion, and the sorority’s recruiting climate was a problem. sort of ‘don’t ask, don’t tell’ policy. The chapter officially changed its statutes this semester after initially drafting them in fall 2020.

Viteri and other leaders in some of Pitt’s academic and social sororities are seeking to change protocols that they say likely exclude non-binary and transgender students.

Viteri, a major junior in bioengineering who was also the first vice president of Phi Sigma Rho of DEI in the fall of 2020, said the previous sorority policy needed to be corrected.

“So if you wanted to go through recruiting and you weren’t binary, you were basically saying, ‘Oh, you’re not binary, don’t tell us until you come in and that’s very well, “what I think is very strange and wrong,” Viteri said.

Viteri has sought to change his chapter’s statutes to be more inclusive of non-binary individuals after an increase in Black Lives Matter protests in the summer of 2020.

â€œIn light of all the BLM events, we have created a position for diversity and inclusion. So I took a look at the statutes and realized that there was not much for minorities in general, â€said Viteri. “And so I worked with the committee and we made a lot of changes that protect people of color and non-binary people and transgender people.”

Viteri said she believes it is important to change the statutes to ensure that non-binary individuals and minority groups are aware that they are included in the organization. Viteri said she viewed the bylaw changes as an addition because statutes regarding anti-discrimination were previously “non-existent.” The chapter also made a separate update to its bylaws in fall 2020 to define verbal, physical and electronic altercations as harassment. The sorority voted to approve the new bylaws this semester, and made those changes nationally over the summer.

Viteri also said she brought the bylaw changes to the attention of the national organization with Celeste Lintz, the current vice president of the section for diversity, equity and inclusion.

â€œAfter all of these changes happened internally within our chapter, last summer we had our national convention, and during that convention they made a national change to include non-binary members to include. in recruiting for all Phi Sigma Rho chapters across the United States, â€Viteri said.

Other DCI vice-presidents in Greek life have also decided to take a more active role in promoting inclusiveness. Mati Castillo – the diversity, equity and inclusion chair for Kappa Kappa Gamma, a social sisterhood – said she was “all for” a more active approach to the application of non-discrimination policies.

â€œYou know a lot of us have these non-discrimination statements either by chapter or by national regulations where we say we don’t discriminate based on gender identity, but I feel like often people say it and don’t. really think so, â€Castillo said.

Castillo said that kind of progress will help increase the longevity of Greek life in the future.

“I think changing the statutes is exactly what we need to do, especially if we want to maintain Greek life, because there are a lot of people assigned to a woman at birth or a man at birth who identify themselves as non-binary but still want to participate in these organizations, â€Castillo said.

Castillo, a junior and double major anthropology student in Spanish, said she absolutely wanted to try changing her section’s statutes to be more inclusive, especially after seeing other organizations take steps to improve. .

â€œThis is something that I will definitely cover at our section council meeting for my sorority,â€ Castillo said. â€œWe want to get the ball rolling for our individual chapter right now, because there isn’t much we can do, because we are indebted to these bigger organizations, but we know that for us, we’re going to at least start by adapting the language we use to reflect what we say and what we care about.

Castillo said she anticipated some opposition to the potential statute changes, due to the fact that some people wanted to maintain what she described as Greek living traditions.

Some Greek cultural organizations have already taken steps to avoid the exclusive language. Ylan Nguyen – the diversity, equity and inclusion chair of Alpha Sigma Rho, an Asian-interest sorority – said she changed her chapter’s bylaws after the chapter’s experience at a risk management retreat.

â€œWe try to avoid using specific pronouns like him, so if someone isn’t binary, they feel included in our chapter,â€ said Nguyen, a neuroscience major. â€œWe changed the terminology because we went to a risk management retreat where they pointed out discrimination in our language that we didn’t even know existed in our rules. “

Viteri said that Phi Sigma Rho hopes that the changes to the group’s statutes can set a precedent for other organizations, so that all of Greek life can be more inclusive.

â€œWe haven’t done much to bring our ideas to others yet, but I think it’s a very useful idea to go through the rest of Greek life, just because I really think other organizations would benefit. of what we’ve done, â€Viteri said.