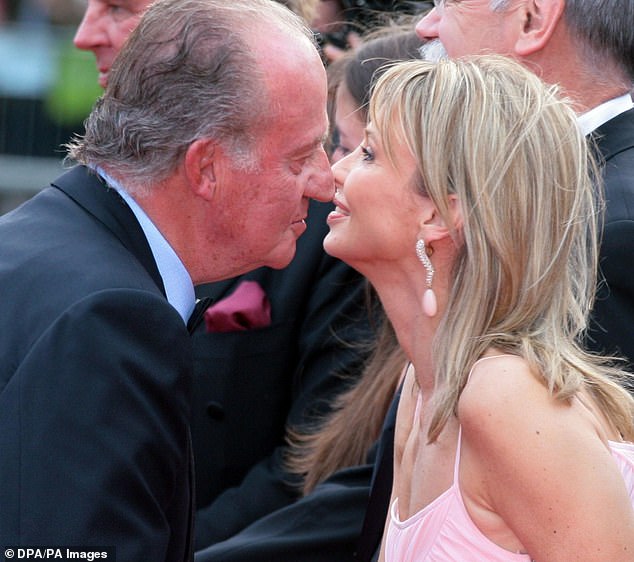 Spain’s former king Juan Carlos I does not enjoy Crown immunity and may face trial to face allegations he sent Spanish agents to Britain to harass and threaten his former lover, a judge said today.

Lawyers for the 84-year-old former head of state argued before the High Court last December that the English courts lacked jurisdiction to hear a case brought by Corinna zu Sayn-Wittgenstein- Sayn, a wealthy businesswoman based in London.

The Dane, 58, is seeking civil damages, alleging she was threatened, her properties abroad were burgled and she was spied on after their relationship turned sour.

His lawyers in turn argued that he was immune from the jurisdiction of the English courts and that any allegations should be taken to the Spanish Supreme Court.

But Judge Matthew Nicklin disagreed, saying “whatever special status the accused retained under Spanish law and constitution, he was no longer a ‘sovereign’ or a” Head of State “to entitle him to personal immunity”.

The former King of Spain, Juan Carlos, has failed in his bid to plead Crown immunity to escape explosive allegations that he sent Spanish agents to Britain to harass and threaten a former lover, Corinna zu Sayn-Wittgenstein (they are seen together in Barcelona in 2006)

Abu Dhabi-based Juan Carlos was also not “a member of the ‘family’ of his son, Spain’s current King Felipe VI, who would give him legal protection, he added.

“The effect of the court’s decision is that the civil suit brought by the plaintiff will be allowed to proceed,” reads a summary of the judgment.

He was now “responsible to an English court…as a private individual”.

The submissions claimed the king, who ruled from 1975 until his abdication in 2014, was in an “intimate romantic relationship” with zu Sayn-Wittgenstein-Sayn from 2004 to 2009.

Court documents accuse Juan Carlos of using spies to place her under surveillance, hack into her phones and internet, mount a smear campaign and issue death threats.

The royal showered her with gifts, even after they broke up. But things turned sour when she refused to rekindle the relationship, leading him to pursue a “pattern of conduct amounting to harassment”, it was alleged.

In addition to threats, burglaries and surveillance, Juan Carlos “demanded the return of the gifts” and, she claimed, she suffered “criminal intrusion and damage” to her home in the rural center of England.

Court documents accuse Juan Carlos of using spies to place Ms zu Sayn-Wittgenstein under surveillance, hack into her phones and internet, mount a smear campaign and utter death threats. (She is pictured in Monaco in 2014, six months after Juan Carlos abdicated)

Shots were fired and security cameras damaged at the front door of the property, she alleged, accusing the former king of being angry at her refusals.

Ms zu Sayn-Wittgenstein claims she suffered a bizarre nighttime attack at her £6million Chyknell Hall estate in Shropshire, where extensive security was breached and nothing was taken but a hole was punched in the his bedroom window.

On an earlier occasion, she had received an anonymous phone call threatening her to die in a car accident in a French tunnel – “between Monaco and Nice” – in the same way as the late Princess Diana.

Documents allege that Juan Carlos and a senior Spanish general organized mercenary soldiers to occupy her apartment in Monaco in 2012, while she was living there.

Ms zu Sayn-Wittgenstein had a five-year romance with groom Juan Carlos, from 2004 to 2009, but court documents suggest the relationship ended when it became clear he was sleeping with other women.

The couple’s affair became public in 2012 when, with the relationship already over, it emerged the two had been on safari in Botswana with Ms zu Sayn-Wittgenstein’s son.

The hunting trip outraged Spain, especially since it was reported that the king shot and killed an elephant.

Two years later, in June 2014, he retired in favor of his son, Felipe VI, and assumed the unofficial title of King Emeritus.

Twice divorced, Ms. zu Sayn-Wittgenstein was once married to a German aristocrat.

In a previous interview, she said: “After eight years of abuse, which also targeted my children, and given that there is no end in sight, I find myself reluctantly left with no choice but to ‘take legal action.’