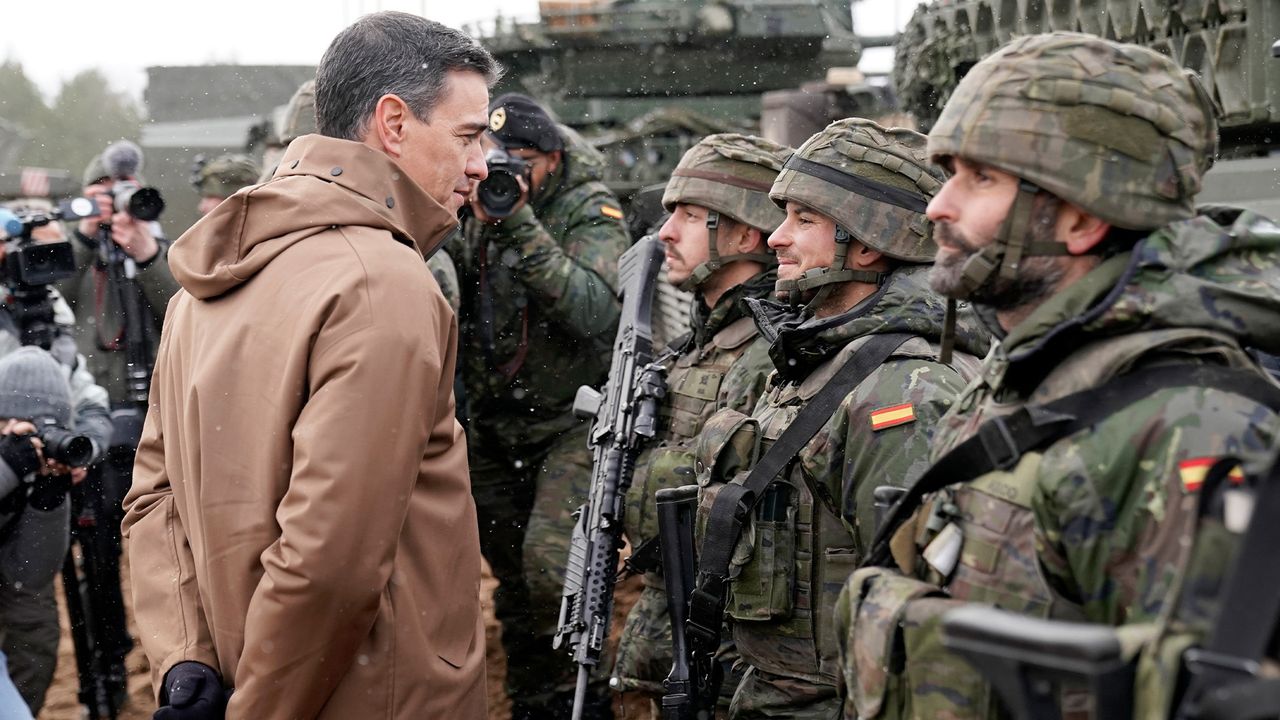 Last week, the Spanish Socialist Party (PSOE)-Podemos government approved its 2023 budget. Hailed by the corporate press for its “historic” social spending, the budget actually contains the largest increase in military spending in history. from Spain. The budget is another devastating exposition of the imperialist militarism of the pseudo-left Podemos party.

US President Joe Biden has admitted in talks with private donors that NATO’s war on Russia in Ukraine threatens to trigger a nuclear apocalypse, but Podemos is using the war to implement long-standing rearmament plans of the Spanish army.

The Podemos budget offers workers small increases in social spending on items such as unemployment benefits, childcare allowances, train travel and health care, for example, with 266.7 billion euros. euros allocated to “social” issues. However, these increases are largely exceeded by the more than 10% rise in inflation in Spain and throughout Europe. By far the most important measure in the 2023 budget is the increase in military spending, by a staggering 25.8%.

Military spending will total more than €12.8 billion next year, up from around €10 billion in 2022. The plan is in line with Madrid’s commitment to NATO to increase its defense budget to 2% of GDP by 2029. Military spending will reach 1.2% of GDP next year under this budget. The rest of the increase comes from 4.9 billion euros of investments in “special modernization programs”, most of which will go to Spanish arms companies. This represents an increase of 72% compared to the approximately 2.9 billion euros allocated to these plans in 2022.

In an attempt to make these reactionary and dangerous measures acceptable to the Spanish working class, which has deep-rooted anti-war sentiments, the PSOE-Podemos government has defended the “special modernization programs” as positive developments for the creation of jobs. According to a statement from the Ministry of Defense, these devices “will help create 22,667 new jobs directly or indirectly”.

According to data from the pacifist institute Delàs Center for Peace Studies, the real military expenditure of Madrid – which includes, in addition to the budget of the Ministry of Defense, the rest of the posts of a military nature distributed in other portfolios – will be 27 billion euros, or the equivalent of 75.7 million euros per day. In his report published on Tuesday, he said that “if these budgets are approved, Spain will already exceed the NATO spending target by 2023, devoting 2.17% of its GDP to military expenditure”. According to this calculation, “for every ten euros that the State invests in 2023, three will be intended for armaments”.

The massive increase in military spending comes amid NATO’s war against Russia in Ukraine, to which the Spanish government has already allocated millions of euros in weapons, ammunition and training for Ukrainian troops . With this new budget, the PSOE-Podemos coalition government is stepping up its efforts in NATO warmongering in Ukraine, even as this conflict threatens to degenerate into a nuclear confrontation.

In addition to increases in military spending, the budget also includes increases in social spending, which will be eaten away by inflation. Year-on-year inflation hit 10.5% in August, falling only slightly to 9% in September. The Budget includes:

The fact that this year’s budget includes “record” social spending measures is not due to a genuine commitment by the PSOE-Podemos government to guaranteeing decent living conditions for the Spanish working class. Instead, the budget effectively slashes the real, inflation-adjusted value of social benefits while funneling massive resources into the military.

Podemos, the PSOE’s junior partner in government, responded to the budget by celebrating social spending measures, while falsely attempting to portray itself as an opponent of increased military spending. In a statement on Twitter last Tuesday, Podemos spokesman Pablo Echenique claimed that his party was somehow tricked into passing the budget, unaware that defense spending had been increased.

Echenique said: “We are not going to break the government because of the disloyalty of the PSOE, because it would be very irresponsible when we have [right-wing PP leader Alberto Núñez] Feijoo and [far-right Vox party leader Santiago] Abascal sharpening knives. But I want to make it clear that they [the PSOE] hid this unilateral increase in defense spending from us and that is a shame.

Likewise, the leader of the Podemos party and Minister of Social Rights, Ione Belarra, affirmed that her party had “opposed head-on in this negotiation to any increase in military spending”. But since Podemos is not the “majority in government”, she said, it is difficult to turn this “obstinacy” into “reality”.

However, the narrative that military spending increases had been slipped into the budget behind the backs of innocent Podemos ministers quickly imploded. On Wednesday, it was revealed that Yolanda Díaz, Podemos’ labor minister and Spain’s second deputy prime minister, had agreed with PSOE Prime Minister Pedro Sánchez that Podemos would not oppose increased military spending. Podemos sources involved in the negotiations with the PSOE also told El Diario that they had informed the party leadership of the budget defense spending increases.

In reality, Podemos’ protests are nothing more than empty words, seeking to mask the party’s true role as part of an imperialist government committed to policies of war abroad and austerity and repression in the country. Terrified by the rise of social opposition, Podemos is forced to perform political stunts, while reaffirming its commitments to Spanish imperialism.

It is a living example that the installation in power of pseudo-left parties, including the Democratic Socialists of America (DSA) in the United States, Die Linke in Germany, France insoumise of Jean-Luc Mélenchon, Syriza in Greece and the rump of the Labor ‘left’ in the UK, once led by Jeremy Corbyn, will not end imperialist war and the threat of nuclear Armageddon. All of these pseudo-left formations represent a privileged layer of the upper middle class with a vested interest in defending capitalism.

Celebrating diversity and helping those who need it most.