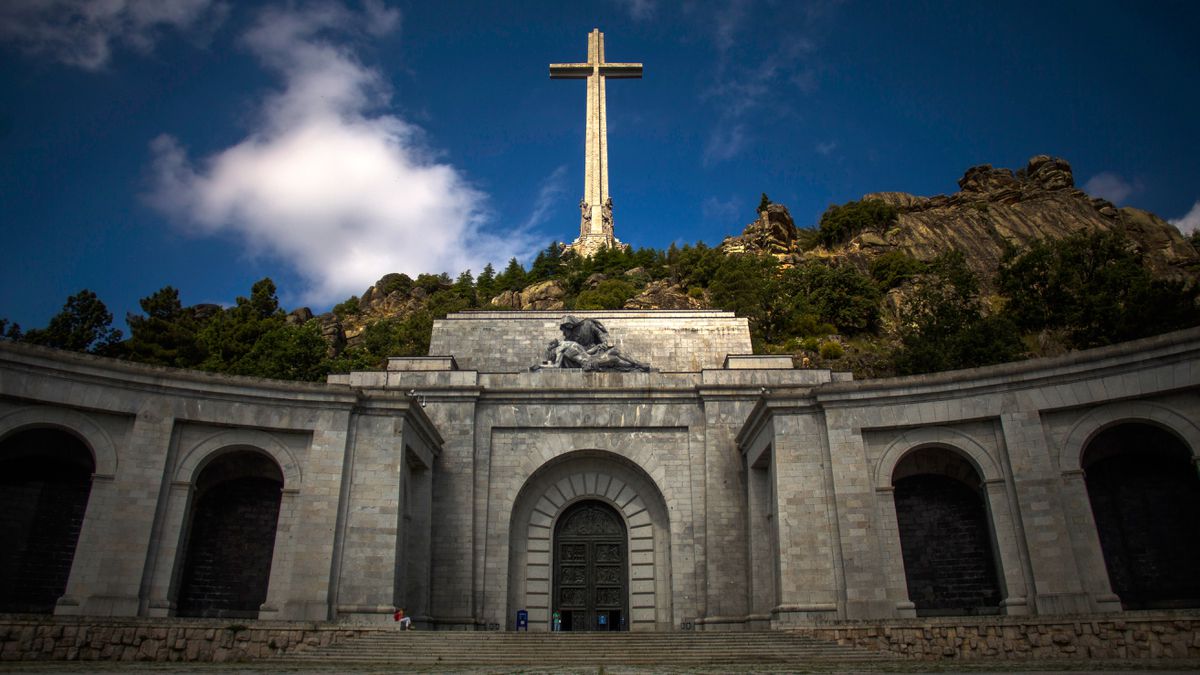 The two parties that make up the coalition government in Spain, the Socialist Party (PSOE) and junior partner Unidas Podemos, have tabled an amendment to the Democratic Remembrance Bill which aims to ensure that crimes committed during the regime of l he former dictator Francisco Franco no longer goes unpunished. The deal between the two groups – which could also see the Valley of the Fallen monument in Madrid renamed – was reached three days before November 20, the day Franco died in 1975.

The amendment seeks to force a reinterpretation of the Amnesty Law, which was passed in 1977, without repealing it completely. The PSOE categorically refused to go so far as to overturn this legislation, which was approved during Spain’s so-called “transition” to democracy following Franco’s death, and was used to obtain the release of political prisoners from the regime. It later served, however, as a means to stop any attempt to prosecute dictatorship figures for potential offenses committed before 1977.

The coalition government does not have an active majority in the lower house of the Spanish parliament, the Congress of Deputies, and as such it must seek the support of other parties to pass legislation. The Catalan Republican Left (ERC), which supported the administration of PSOE Prime Minister Pedro SÃ¡nchez on a number of votes and questions, has called for the cancellation of key aspects of the amnesty law as a condition to support the law on democratic memory. Getting this bill passed has been a key promise of Spain’s center-left administration, but getting sufficient parliamentary approval is proving more difficult than expected. The government will now have to negotiate with the ERC as well as with the Basque Nationalist Party (PNV) to try to rally them to the amendment tabled today.

The amendment, which was tabled at the last moment by the PSOE and Unidas Podemos, reads as follows: â€œAll the laws of the Spanish State, including Law 46/1977, of October 15, of amnesty, will be interpreted and applied in accordance with international treaty law and common law, and in particular with international humanitarian law, according to which war crimes, crimes against humanity, genocide and torture are considered to be irrelevant. prescription and cannot be the subject of an amnesty.

This change would open the door to crimes committed under the Franco regime that would be prosecuted by Spanish justice. So far, all of these attempts – notably those of former High Court Judge Baltasar GarzÃ³n – have failed due to the 1977 amnesty law. In fact, so far, the only legal proceedings related to the Franco era that progressed were filed in Argentina.

So many years after the death of the dictator, we are taking very strong measures so that his crimes no longer have impunity

Sources from Unidas Podemos said it would not make sense to overturn the amnesty law, as the ERC is calling for, among other things because the legislation was a major achievement for Democrats at the time. But the party maintains that its interpretation is guided by this amendment to prevent it from being used as a shield for those suspected of Franco-era crimes.

That said, it remains to be seen whether such a change ultimately succeeds in court, given that the Supreme Court has established very clear case law against any prosecution of Franco-era crimes.

“So many years after the dictator’s death, we are taking very strong measures so that his crimes no longer go unpunished,” said Enrique Santiago, secretary general of the Spanish Communist Party (PCE) and congressman of Unidas. Podemos. â€œThis is, without a doubt, the last chance for our country after so many years. It is the only western country where impunity has been the trend with this kind of crime. It’s a day to be satisfied, â€he said.

“This will correct the interpretation of the courts,” continued Santiago, who was one of the negotiators behind the amendment. â€œThe amnesty law can no longer be used as an excuse. The politician admitted, however, that given the passage of time, there will be no major concrete legal consequences, but there will be a restorative and moral effect for the families of the victims.

“Death extinguishes criminal responsibility,” Santiago continued. â€œThe majority of those responsible are dead. But at least it will end an anomaly in our country. Any Francoist minister or anyone who has committed acts of torture could be tried. Whether they are punishable or not, a judicial truth can be established, and this in itself can have a restorative effect on the victims.

When asked why the PSOE had accepted a change in the interpretation of the Amnesty Law without completely repealing it, Santiago replied: â€œWe were all very aware that this was the last opportunity.

The PSOE and Unidas Podemos have tabled around 30 amendments to the law on democratic memory in total. According to this last part, this includes changing the name of the Valley of the Dead to its original designation, the Valley of Cuelgamuros. The Valley of the Dead is a controversial site, built by Franco apparently as a place of reconciliation after the Spanish Civil War (1936-39). But it also became the dictator’s resting place, and as such a powerful symbol for the far right, until his exhumation was approved by Congress and carried out in October 2019.

Other measures of the amendment, according to Unidas Podemos, include the ban on the exhibition of portraits or other artistic representations of figures linked to Franco’s repression in the public space, and the withdrawal of honorary distinctions awarded to the within the state security forces. The titles of nobility awarded to 33 figures of the Franco regime, such as the posthumous appointment of the founder of the fascist political organization Phalange, JosÃ© Antonio Primo de Rivera, as duke, would also be withdrawn.

ERC party sources in Congress, however, still claim that the proposed changes do not go far enough, while admitting that they are ready to negotiate their way through Parliament. For the ERC, the declaration of illegality of the Franco regime is not negotiable.