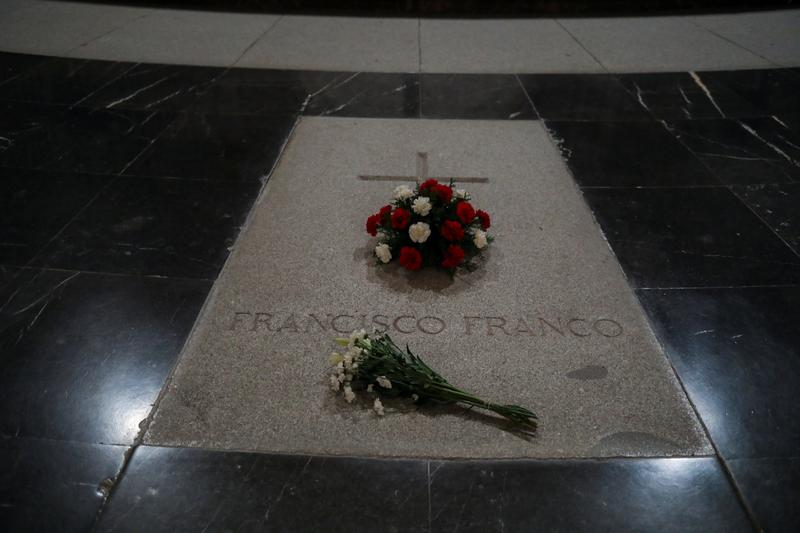 MADRID (Reuters) – The remains of fascist dictator Francisco Franco may soon be removed from a state-funded mausoleum as part of a plan by Spain’s new socialist government to turn the monument into a war memorial civilian rather than glorifying dictatorship.

It would be the latest in a series of high-profile moves launched by new Spanish Prime Minister Pedro Sanchez to consolidate his power and attract left-leaning voters ahead of general elections due by mid-2020.

Sanchez, who ousted his conservative predecessor Mariano Rajoy in a confidence vote last month, controls less than a quarter of the seats in parliament.

“The decision to exhume Franco’s remains is quite clear,” Oscar Puente, a senior Socialist party official close to Sanchez, told a news conference.

The civil war continues to cast a shadow over the country nearly eight decades after its end. Lack of accountability for the war left unhealed wounds and pressure grew to turn the site into a memorial honoring those who died on both sides.

Puente said the government’s plans were to turn the state-funded Valley of the Fallen Mausoleum into “a place of recognition and memory for all Spaniards”.

The monument’s 150-meter cross, built by prisoners of war, towers over the Sierra de Guadarrama, a mountain range just outside Madrid.

Opened by Franco himself in 1959, the valley is home to a hillside Catholic basilica, where the founder of Spain’s fascist Falange party, Jose Antonio Primo de Rivera, is also buried. It has long been a place of pilgrimage for far-right groups in Spain.

The conservative People’s Party has opposed attempts to exhume Franco’s body when he was in power, saying it would only bring back painful memories more than four decades after his death and nearly 80 years after the end of the war.

The Spanish parliament, however, passed a motion last year to remove Franco’s remains along with those of tens of thousands of others buried at the mausoleum.

Many of those buried there fought for the losing Republican Party and were moved to the monument under Franco’s dictatorship without permission from their families.