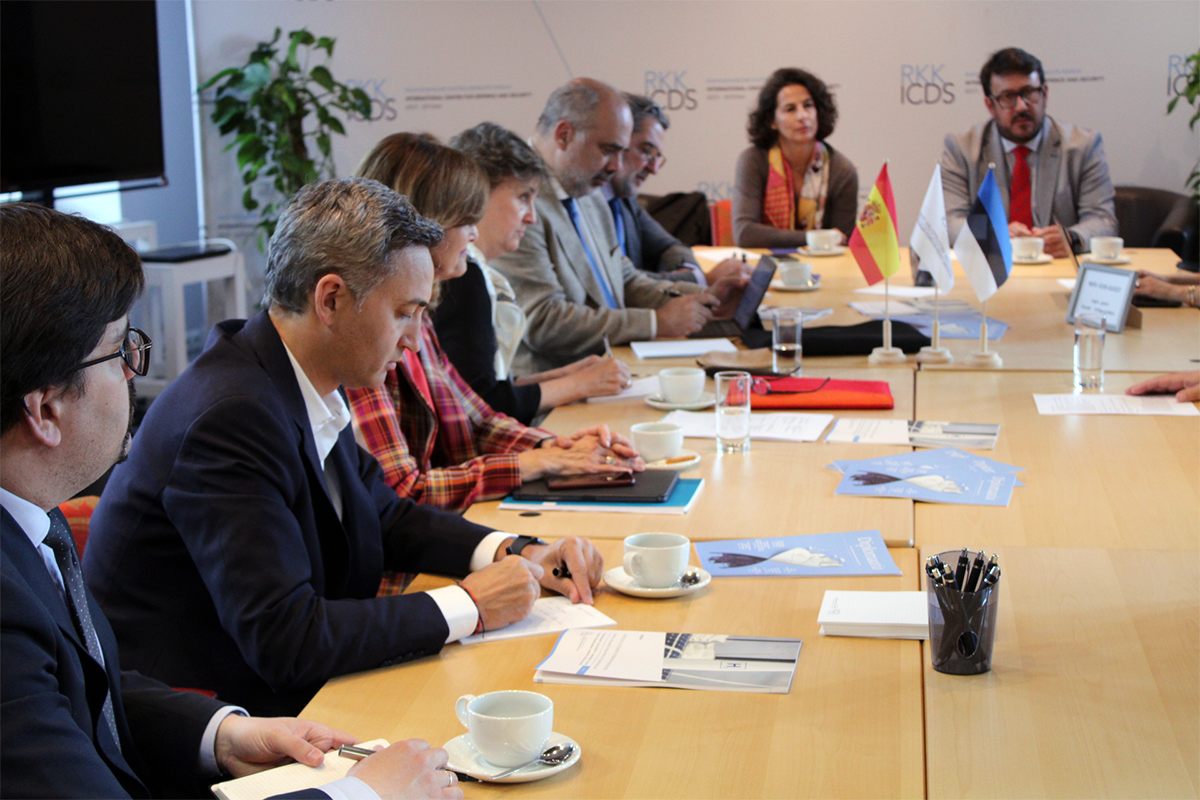 A delegation from the Spanish Parliament and Senate visited the ICDS on June 1 as part of a tour of Northern Europe to hear views on Russia, its war in Ukraine and what else could be done to help Ukraine.

ICDS Researcher Kalev Stoicescu noted that if Georgia in 2008 was a bad dream and Ukraine in 2014 a red flag, then the situation in Ukraine today is a blazing fire. He explained Russia’s assumptions and expectations at the start of the war. Russia has made confrontation with the West part of its national identity. If he again escapes the consequences of his aggression against Ukraine and is not brought to accept responsibility for his actions, the horrors will certainly not cease. But there is still hope for the Western value space in the current situation if we set a clear goal and are fully committed to achieving it. There are no simple solutions, and there is no option on the table in which everyone wins. One side must lose, and it cannot be Ukraine and the West supporting it.

The ICDS team also noted, regarding possible diplomatic solutions to the war, that oil and gas travel east to west, but phone calls west to east. The decision when and under what conditions to conclude a ceasefire belongs to Ukraine alone; in the meantime, the West must continue its support. It is debatable whether this has been enough and has happened quickly enough, but the cohesion between NATO and the EU since February 24 has been extraordinary and will provide a solid foundation for the next NATO summit in Madrid. Sanctions, however, cannot be an end in themselves. They can only serve as a means to achieve the objectives. Russia must be weakened until the Kremlin no longer poses a threat to others. Regarding the Alliance’s southern agenda, the meeting also addressed the struggle in Africa between autocracy and democracy.