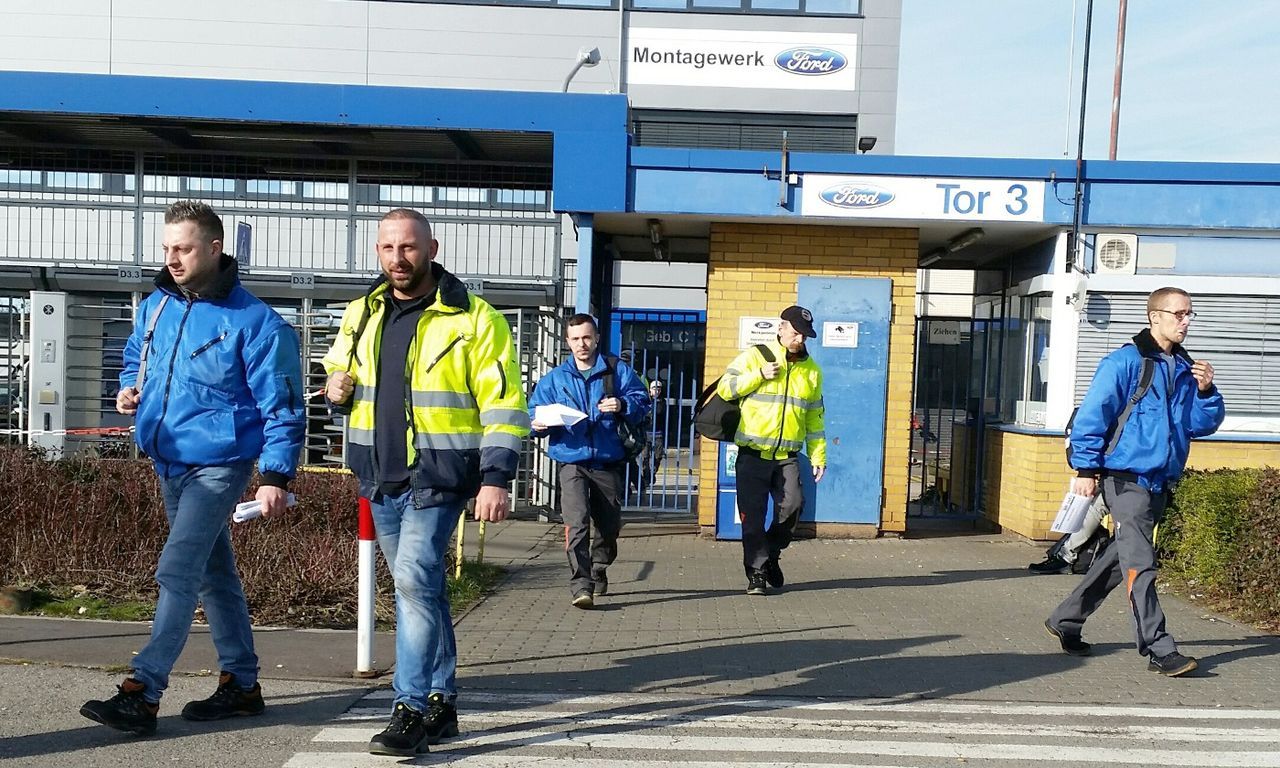 Stop intra-company one-upmanship at Ford! No concessions, neither in Saarlouis nor in Valence

The following statement, originally released in Germanwas issued by a grassroots committee of Ford workers in Europe that is organizing a fight against concessions.

To Ford workers in Saarlouis, Germany; Valencia, Spain; and all other locations:

We are a group of Ford workers who are no longer ready to accept without a fight the systematic sell-off of our jobs and the constant deterioration of our wages and working conditions.

On Thursday, the management of the Saarlouis and Valencia plants submitted their reduction plans to the Ford of Europe headquarters in Cologne. They worked out these cuts with the union-dominated works councils over the previous weeks. All this happened behind our backs. We were not consulted and we firmly reject these concessions.

Concessions do not save jobs! This is the bitter experience of recent years. All of our past concessions and all of the concessions already made at all Ford branches no longer count today. Unions and works councils claim the opposite. But it was their cowardly subordination to the profit interests of management that created the misery in which we find ourselves today.

As a matter of principle, we reject blackmail and brutal competition between us and workers from other factories. Playing against each other leads to disaster, as it wouldn’t be long before the so-called winner would then have to compete with lower salaries in Romania or Turkey. There is no end to this downward spiral.

It must end! We are workers, not slaves. We have rights!

We demand an immediate end to the secret negotiations of works councils and management on all construction sites and call for the immediate publication of offers made and all agreements reached.

We strongly reject claims by works councils that there is no alternative to the blackmail of intra-company one-upmanship and wage and social cuts. In reality, all the rights and social achievements won by workers – be it the eight-hour day, the regulated wage system, paid holidays, sick pay, workplace safety and much more – have been fought in the common struggle of all workers against the capitalists. The terms “worker solidarity” and “international cooperation” are deeply embedded in the collective consciousness of workers due to fierce and often bloody class struggles.

But the lackeys of corporate masters in union halls and works council offices recognize only the bosses’ arguments and act as social wreckers. They pit the different factories against each other and in principle suppress any common struggle to defend jobs, wages and social standards.

The two works council chairmen – Markus Thal (Saarlouis) and José Luís Parra (Valencia) – know each other very well through Ford’s joint European works council, which until now has been headed by the chairman of the German General Works Council Martin Hennig. They belong respectively to the German union IG Metall and the majority social-democratic Spanish union UGT (the General Union of Workers), both of which are members of the European Trade Union Confederation (ETUC) and the International Trade Union Confederation (ITUC). But they do not use these international ties to unite workers but to pit them against each other and divide them for the benefit of the company.

This is why it is important that we organize ourselves into independent grassroots committees and that we prepare common and coordinated actions of struggle in all the factories.

We are not alone. Everywhere, resistance is growing against increasingly brutal forms of exploitation, mass layoffs, factory closures and social attacks. Our struggle at Ford is part of the global crisis of the capitalist system. The coronavirus pandemic has clearly accelerated and intensified this crisis.

The same inhumane approach to intra-corporate one-upmanship at Ford also characterizes the criminal policy of deliberate mass infection in all workplaces. Regardless of the growing risk of infection, production is maintained, even in workplaces and departments where it is impossible to maintain safety measures and hygiene standards. Schools and kindergartens are kept open so parents can work, with no regard for dire consequences.

The defense of jobs therefore goes hand in hand with the fight against mass infection. We require accurate information on sick leave and infection levels in every workplace and department.

The attacks on jobs, wages, working conditions and health are the result of a relentless pursuit of profit. The top executives and shareholders of Ford, America’s second-largest automaker, are part of a totally uncontrollable financial aristocracy that bases all its decisions on personal enrichment. Last summer, the Ford Group reported a surprising explosion in profits and announced a profit of between $9 billion and $10 billion for 2021. That was about $3.5 billion more than expected at the time. beginning of the year.

All the rhetoric from works council representatives and trade union officials that there is no money and therefore drastic savings measures must be accepted are lies and lies.

More and more workers in many countries are breaking the grip of union control and organizing independently. In the United States, there has been a significant increase in strikes and other struggles over the past year. At truck and bus maker Volvo Trucks, auto parts supplier Dana Inc. and agricultural machinery maker John Deere, tens of thousands of workers have rejected dealership contracts agreed to by the United Auto Workers union and have voted to strike. Metalworkers went on strike in South Africa, health workers in Sri Lanka and Turkey, workers occupied a factory of auto parts supplier Mitsuba and staged spontaneous strikes in mines and factories in engineering.

Hurry up. It is important to act now!

The decision on which Ford plant will produce a new electric vehicle is to be made this summer. Before that, the initiative must be taken out of the hands of works councils and trade unions.

To resist the blackmail of management and works councils, a new political orientation is needed, which starts from the common interests of all workers at all sites and opposes the logic of the capitalist profit system.

We call on Ford employees at all locations to support and spread this call.

Register here to participate anonymously in our meeting on Saturday, February 5 at 6:00 p.m. CET. And sign up to join us in creating grassroots committees in all workplaces and businesses.

Contact me to join or create a rank-and-file autoworker committee:

The letter of the law and the social situation

Installment Loan from Direct Lender Online: How to Get the Money You Need Quick