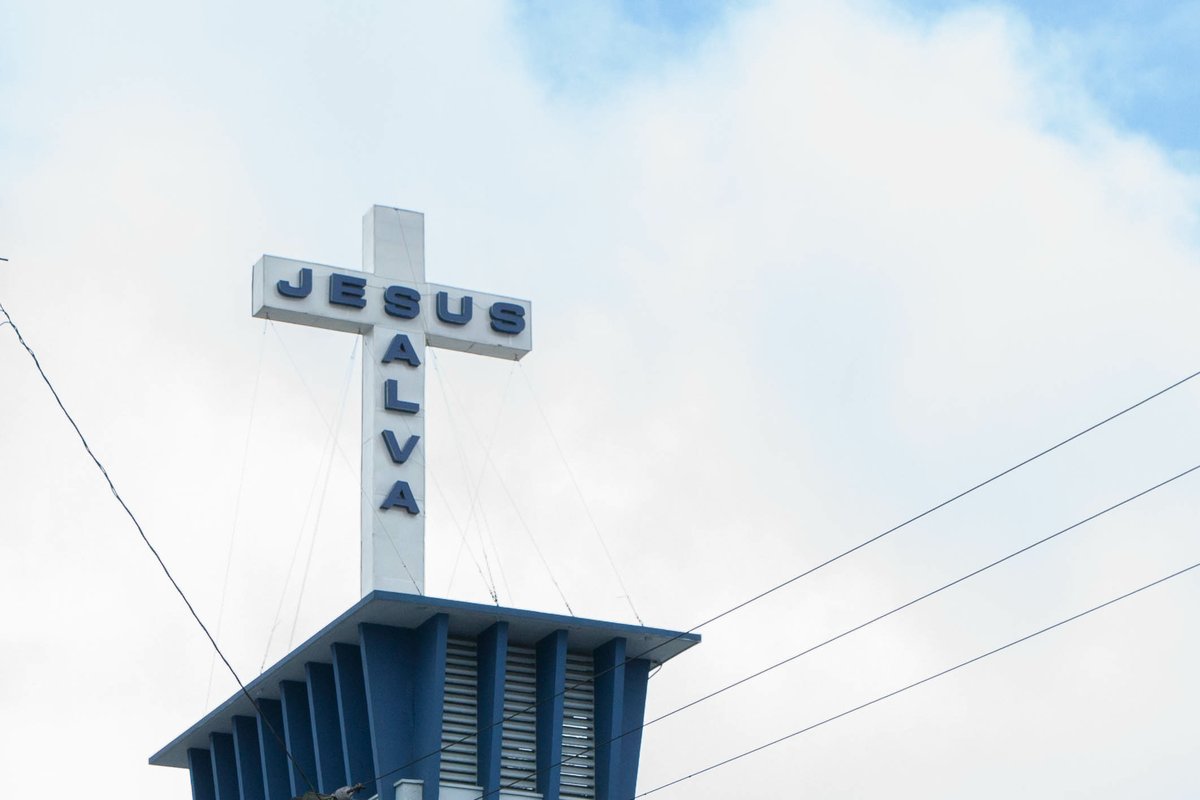 As Christian nationalism emerges within the Republican Party in the United States, politics in Guatemala falls under a similar influence. The far right continues to advance in the largely conservative Central American country, seeking to maintain impunity, corruption and the promotion of religiously influenced policies, while maintaining relations with drug traffickers.

Guatemala was once a predominantly Catholic nation, but in recent decades evangelical churches have gained a presence in the country. Today, approximately 40% of Guatemalans identify as evangelical Christians, according to a July 2022 Gallup poll, one of the largest such populations in Latin America.

The influence of religion in Guatemalan society is profound. Today, it is common to see street preachers in cities across the country, preachers on buses, in city governments, and religious influence in congress and the presidency.

“Christian language and speech are now normalized,” said Iduvina Hernández, director of the Guatemalan organization Security in Democracy. The progressive. This presence of religious influence has led to the performance of public prayers by state security forces, including the National Civil Police, and by municipal governments, as well as in the country’s congress, which has passes legislation to establish a national day of prayer.

These ties between religious groups and the government have continued into the post-peace accord era. But it was only fifteen years ago that evangelical and Pentecostal religious influences entered the political sphere. Yet, at present, there is no unifying figure in the political advancement of religious politicians.

“There hasn’t been a great evangelical leader,” said Roberto Antonio Wagner, a professor and independent political analyst. The progressive. “We may not be very far from a time when we have a number that can [exploit this].”

Despite this, conservative religious influence also plays into the construction of public policy. In addition to its national day of prayer initiative, the Guatemalan congress declared the country the “Ibero-American pro-life capital” and sought to approve anti-trans and anti-LGBTQ+ laws, which were later opposed and archived by the government due to concerns over their constitutional legality.

“Certain religious expressions serve as an adhesive to this hyper-conservative [political] construction needs,” said independent political analyst Renzo Rosal The progressive. “They serve as amplifiers that spread the message, that spread fears, but also as a cohesive mechanism for those fears to turn into unifying mechanisms.”

Although there is not yet a unifying force for evangelicals in government, the origins of this religious influence in politics are not new. It dates back to the darkest days of the country’s internal armed conflict.

Protestants and Evangelicals have been present in Guatemala since the late 1870s following the Free Revolution, but it was the 1976 earthquake that saw large numbers of evangelical groups arriving for relief and televangelists like Billy Graham arrive to proselytize among the population. The aim was to spread the evangelical faith in order to counter the rise of liberation theology in the country, considered a Marxist-inspired theology originating from the Catholic Church.

“If they’re going to call me a dictator for promoting religious freedom, I’ll gladly be a dictator.”

The dictatorship of Efraín Ríos Montt between 1982-1983 allowed the churches to spread. Ríos Montt, a born-again member of the California-based Christian group Church of the Wordused evangelical churches as a means of conducting counterinsurgency during the internal armed conflict.

“Neo-Pentecostalism has counter-insurgency ideological roots [in Guatemala]Hernandez says. “The dictatorship of Efraín Ríos Montt opened the door [to Pentecostal churches].”

Ríos Montt organized weekly sermon broadcasts on state television and radio. According to Hernández, it was also during this time that the church gained influence within the military, as among many high officials. The internal armed conflict which lasted thirty-six years left 200,000 dead and more than 40,000 missing.

Ties between far-right allies in the military and politicians continued in the post-war period and the return to democratic rule.

Among the first purely evangelical political parties in Guatemala was Vision with Value, founded by Harold Caballeros, who was an evangelical pastor before entering politics. In the 2015 elections, Ríos Montt’s daughter Zury Ríos was their presidential candidate, but she did not rely on religious appeals in her campaign.

In 2015, Guatemala elected Jimmy Morales, an outspoken evangelical and former comedian who is famous for starring in Blackface and had deep ties to the country’s military elite. His administration oversaw the elimination of anti-corruption efforts in the country and pursued anti-LGBTQ+ policies, including early attempts to ban marriage equality. Additionally, the Morales administration moved the Guatemalan embassy in Israel to Jerusalem.

“There is always a relationship with actors who continue to be very close to evangelical conservative groups who maintain a very dogmatic proximity to Israel,” says Wagner. “We see bumper stickers and lots of other people joining pro-life movements.”

Religious politicians in Guatemala have also sought to limit public events. In 2018, the Guatemalan congress voted to ban Swedish heavy metal band Marduk from the country before their scheduled concert. The reasoning for the vote was that the band’s music was “satanic”.

Current President Alejandro Giammattei, a devout Catholic, has put his religion at the forefront of his administration. In March 2022, Giammattei oversaw ceremonies to declare Guatemala the “Pro-Life Capitol of the Iberian Peninsula”, affirming his commitment to denying the right to abortion in the country. The statement drew an outcry from many Guatemalans, but evangelical groups in the United States welcomed the move.

In June 2022, Giammattei traveled to Washington, D.C., arguing before a meeting of the Organization of American States that criticism of his government is a result of his faith. During his visit, Giammattei also spoke at the 2022 International Religious Freedom Summit in Washington, D.C.

The country’s congress has regularly referred to the Bible as their mandate to govern the country. On assuming the convention presidency, Rep. Shirley Rivera said, “Let us keep what the Bible says in the book of Romans XIII,” quoting the Bible verse, which states, “Let everyone be subject to the governmental authorities, for there is no authority except that which God has established. The authorities that exist were established by God. Therefore, whoever rebels against authority rebels against what God has instituted, and those who do so will bring judgment upon themselves.

Rivera would later call on all Guatemalans to “pray for God to fill” the huge chasm that has formed on one of the country’s major highways. In response, evangelical and Pentecostal groups reunited to pray over the abyss, while the government dragged its feet on actually responding to the crisis. The sinkhole widened, closing the highway for months.

Religion has also entered into the provision of educational materials within the country’s justice system, which is promoted by the far right. Guatemala Prospera organization, formerly led by Manuel Espina with assistance from the evangelical John C. Maxwell Leadership Foundation. Guatemala Prospera was also involved in lobbying in the United States. In January 2022, the official Twitter account of the Guatemalan judicial system called Guatemalans to participate in twenty-one days of prayer and fasting for the country.

But there is another aspect of this politico-religious program.

The lines between drug traffickers and Christian pastors have also blurred, as Guatemala has seen the rise of narco-pastoralists across the country. An investigation by Guatemala-based Spanish investigative journalist Asier Andrés for the now-defunct media site Nomad exposed the deep relationship between narcos and evangelical churches.

In 2018, Univision published an investigation linking megachurch pastor Carlos “Cash” Luna to drug dealers, although the link was unproven. His massive church, House of Diossees around 12,000 parishioners each weekend, and Luna is known to use a private jet.

Luna rose to the pulpit in August to blast her critics over the leak of the country’s human rights ombudsman, Jordan Rodas. He called Rodas a snake and criticized imprisoned journalist José Rubén Zamora. Both were critics of Luna.

But the links between Luna and criminal groups are clear. His church has received support from many shady people, including ‘Queen of the South’ Marllory Chacón Rossell, known as a major drug trafficker, and former Vice President of Guatemala Roxanna Baldetti, who donated a flag Guatemalan giant worth fifty thousand quetzales. , or nearly $6,500. Baldetti was sentenced to fifteen years in prison for her part in a multi-million dollar scheme to steal funds from the country’s tax system. She was also indicted in the United States on drug trafficking charges.

Evangelical pastors have also been linked to other networks, including coyotesor human trafficking rings that help migrants reach the United States, as well as congressional officials supporting drug traffickers who have sponsored religiously-backed conservative legislation.

This is part of spreading the prosperity gospel. This theology holds that wealth is provided by God, and it has maintained a prominent discourse in the churches. It’s a narrative that benefits criminal groups, especially since Guatemala’s 1985 constitution frees churches from having to pay taxes.

Taken together, these changes signal that a religious narco-state is forming in Guatemala, where churches continue to maintain widespread influence in communities.

“Very few people can live [in Guatemala]says Wagner. “[We] we are witnessing this transformation of narco-religiousness in the country.