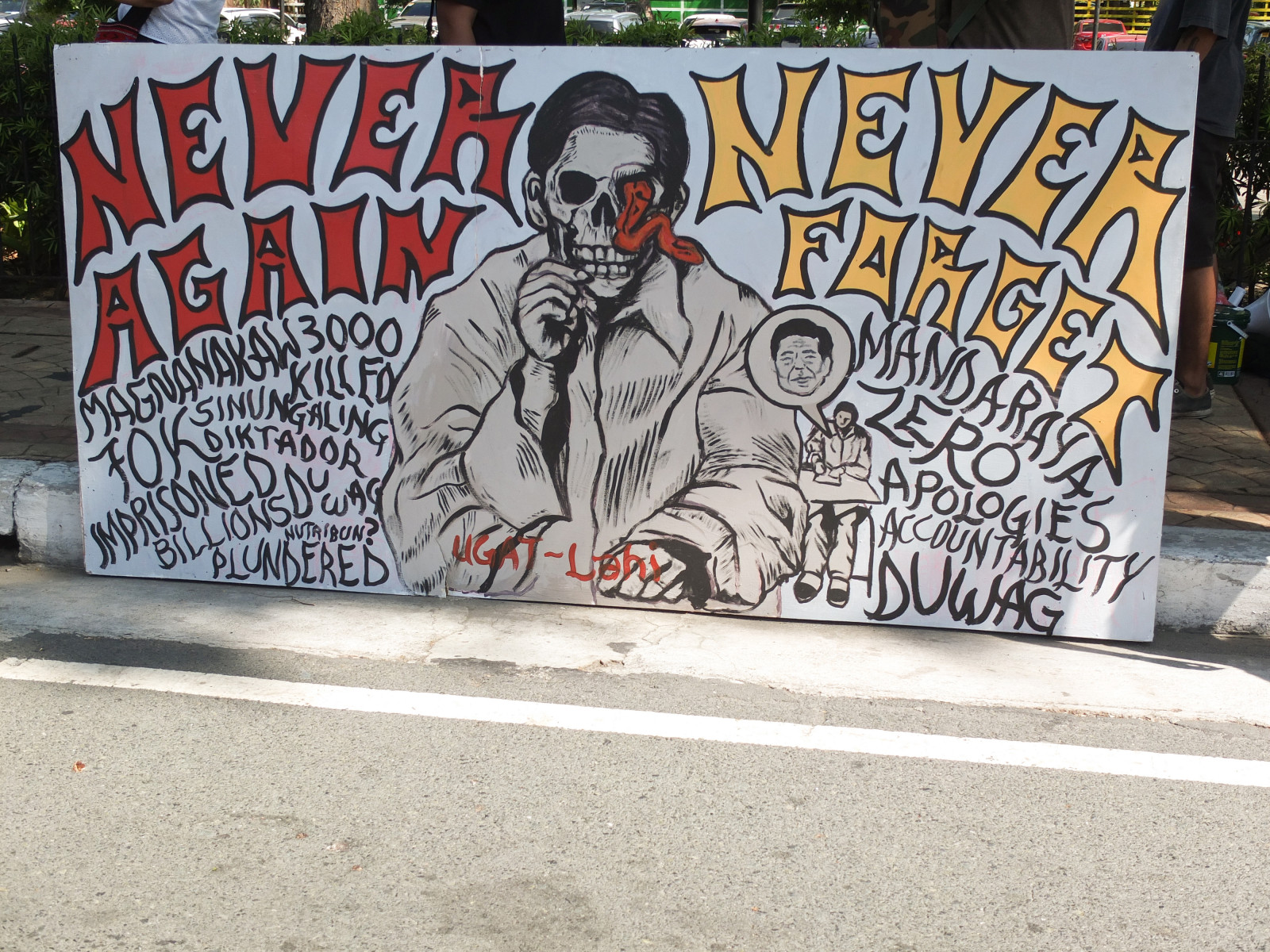 On June 30, “Bongbong” Ferdinand Marcos Jr, son of a former kleptocratic dictator who ruled the Philippines under martial law for nearly a decade (1972-1981), will assume the presidency of that country. He does so after being elected through a democratic process – but one in which the information and story have been heavily distorted.

Politics is family and personal in the Philippines, starting with its very name. The country bears the name of King Philip II of Spain, under whose reign (from 1565) the territory was placed under Spanish control and its colonial colonies developed there, largely at the expense of the indigenous population. The territory was a colony for 382 years, making it the country with the longest period of settlement. This colonial history would also include a five-decade stint by the United States, which ruled the country from 1898 after taking it back from Spain. (There is historical evidence that Spain actually handed it over to the United States during the Spanish-American War to be defeated by another white country instead of native forces that were close to victory). Japan also occupied the country for three years during World War II, between 1941 and 1945.

In an interesting turn of events, when the most prominent opposition to the Marcos regime, Senator Benigno Aquino Jr, was assassinated in 1983, his mantle was taken over by his family, who themselves eventually ascended to power. Aquino’s widow, Corazon Aquino, was to be elected president (1986-1992) after the overthrow of the Marcos dictatorship. His son, Benigno Aquino III, was later elected president in 2010.

His successor, incumbent President Rodrigo Duterte, took office in 2016 in a populist wave that propelled the anti-drug and talkative mayor of Davao City, who led a controversial anti-drug crusade that resulted in the extrajudicial execution of tens of thousands of people. . In the 2022 elections, Rodrigo Duterte’s daughter, Sara Duterte (who also succeeded him as mayor of Davao when he became president) won the country’s vice presidency. Her election shows that the family name carries a lot of weight in the country, and she could well be seen as the political heiress of her father, who cannot run because the Philippine Constitution prohibits more than one term for presidents. . In November 2021, Rodrigo Duterte announced his intention to run for vice president himself before apparently changing his mind. Sara Duterte’s ascension to vice president may also mean he will be immune from criminal investigation, particularly into the killings that took place during his anti-drug crusade.

For South Africa, the election will mean very little. We can anticipate business as usual. The small but growing trade relationship, which has grown from R2 billion to R2.5 billion over the past six years (with a current deficit of R1.8 billion for South Africa), is likely to continue regardless of who is in power in the Southeast Asian country. But indirect implications can take shape through the Philippines-China-US formation.

One of the key questions is whether the new president will continue the balanced approach towards the two nations that dominate his region, China and the United States. There has been a shift from Washington to Beijing under Duterte, although it has begun to adapt to the former in recent years, partly to find a balance (the United States is still viewed favorably by the population, especially by compared to China, which is considered a tyrant by some in the country). Importantly, the Philippines and China have a common dispute over the Spratly Islands in the waters of the Pacific Ocean which are part of a crucial trade route for goods moving between Africa, South Asia East and Southeast Asia by air and sea. Any escalation seems far-fetched, but if it happened it would likely be the result of tensions between Beijing and Washington rather than a decision made in Manila.

But the election still matters to us and to the rest of the democratic world in another, more subtle, yet important sense; the phenomenon of certain families dominating the political landscapes and destinies of their countries is global. Perhaps the best descriptive term for capturing it may come 11,000 km away, in Canada (a country Duterte’s government has clashed with in recent years). Canadian professors André Turcotte, Jon H Pammett and Lawrence LeDuc coined a term that best describes this trend in a book that bears it in the title: Dynasties and interludes. The concept of non-royal dynasties – certain families ruling their countries permanently or intermittently in a manner akin to monarchy – is almost universal. Throughout the world, many countries have been or are ruled by successive members of the same families. Many of them are democracies (in addition to Canada, we can also include Botswana, Ghana, India, Japan, Kenya, Singapore, and the United States), others are not ( Haiti, North Korea and Syria). Still others fall somewhere in between (Bangladesh and Pakistan). In Libya’s upcoming elections, many are looking to Saif Gaddafi, son of the late Muammar Gaddafi, as the country’s potential leader.

While it’s true that individuals tend to follow the same career paths as their parents or other close relatives (1.7 to 2.7 times more likely according to one study), with politics the stakes are clearly high. because of the implications for all of us. Perhaps one of the most glaring lessons from the Philippines is that increased internet penetration does not mean access to useful or reliable information, and history can be erased (especially when independent journalism is removed). The unfolding of events in the Philippines is a warning of how history can be brushed aside, especially in the age of digital media. During the campaign, many viral posts actively re-wrote the narrative of the country’s martial law period and repainted it as a golden age of growth and stability that benefited all Filipinos, not only to the Marcos family. All societies are vulnerable to variations in these distortions.

Social media companies, especially Facebook, the most popular app in the Philippines, have a warped incentive to keep people active no matter how inaccurate the content being shared. Indeed, they are complicit in the rewriting of entire stories. As former Facebook data engineer Francis Haugen showed in his 2021 leaks, the company, which has since bizarrely renamed itself Meta, is intentionally profiting from political polarization online because it’s the kind of content that generates the most activity. An essential component of civic education is to produce a skeptical electorate. Yet, as news gets faster and faster, social media has become tools for targeted campaigns to channel specific falsehoods to specific types of voters likely to reach them. But regulating these platforms risks overcorrecting and silencing dissenting voices.

The answer lies in voter education. It places the responsibility on my profession, political science, as well as other social sciences dealing with accurate representations of the past and present, to have an education and research program that strives to be objective, nuanced and accessible. Above all, any viable democracy requires a set of facts shared among citizens so that they can make informed decisions.

The views expressed are those of the author and do not reflect the official policy or position of the Mail & Guardian.