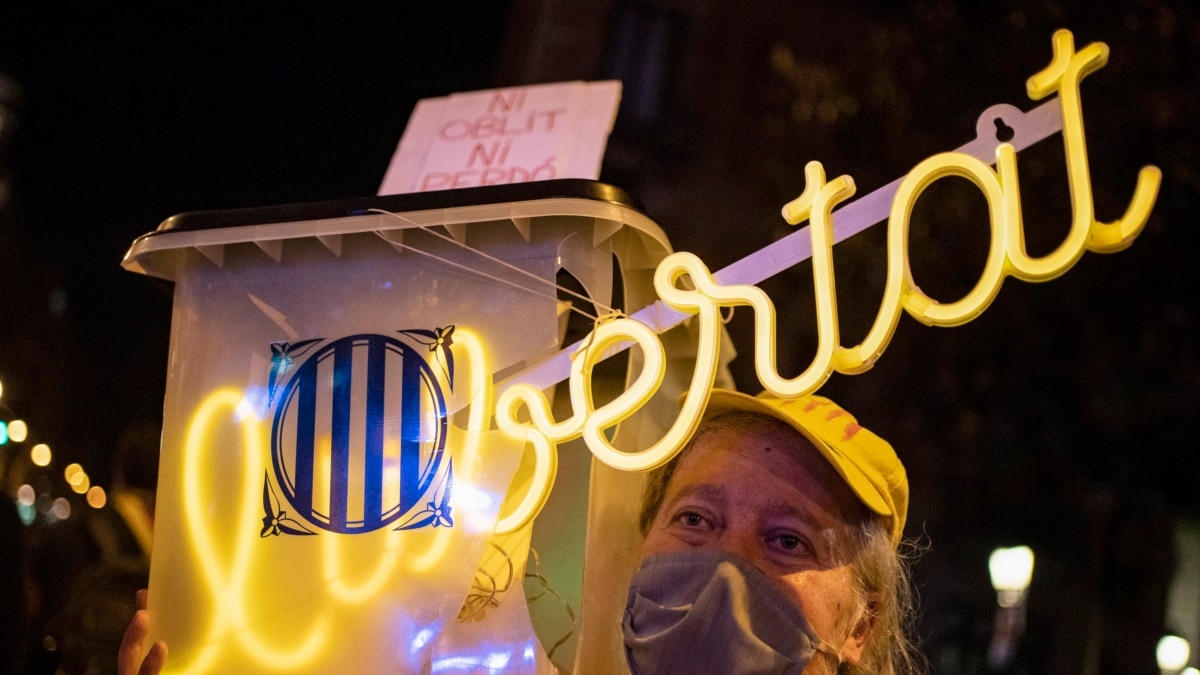 A family that took court to ensure that a quarter of their five-year-old’s primary school classes were taught in Spanish were offered police protection Wednesday after saying they were harassed and abused.

The case has brought to light a fierce battle in Spain over languages â€‹â€‹and identity politics, not only in Catalonia, but in the Basque Country, Galicia and the Balearic Islands.

Spain has four official languages: Castilian Spanish, Catalan, Galician and Basque. Officially, they have equal status in law. However, Castilian became the dominant language due to its widespread use throughout the empire from 1492 to 1976. One of the largest empires in the world, it covered much of the Americas, Europe, the Philippines and Africa.

During his reign from 1939 to 1975, General Francisco Franco prohibited the use of regional languages â€‹â€‹other than Castilian in schools and other public spaces.

After the return to democracy in Spain in 1978, the nationalist regional government of Catalonia adopted the so-called â€œlinguistic immersionâ€ model to restore the language. In this model, Catalan is the main language in public schools. Other versions have been implemented in the Basque Country and Galicia.

The actions of the family, whose identity has not been disclosed to protect the child, has provoked an angry reaction from Catalan nationalists and activists who claim their actions threaten the language and culture of the region.

Oscar Escuder, chairman of the group, said his organization was not opposed to teaching Spanish in schools but wanted to defend the right to learn Catalan well.

â€œWe are not against any language. We just want people to learn Catalan correctly, not any other language, â€he told VOA.

The organization highlighted a recent poll which found that 82% of the 7.5 million Catalonia residents surveyed support the language immersion model.

Josep GonzÃ¡lez-Cambray, Minister of Education in the Catalan independence government, condemned the threats against the family but said at a press conference last week: â€œThe Catalan school model is a model of success that guarantees us social cohesion, equity and equal opportunities.

Vox, a far-right party, led a protest in Barcelona on Tuesday demanding that families have the right to speak Spanish while other right-wing political parties seized on the issue.

Language is a significant political issue, as Spain’s left-wing minority government depends on the support of nationalist parties in Catalonia and the Basque Country to pass laws.

Gloria Lagos, President of Spanish Hablamos, or We Speak Spanish, a group that promotes Spanish, said the issue of language policy was not limited to Catalonia.

Maria Luisa SÃ¡nchez GonzÃ¡lez, 44, went to court in San Sebastian, Basque Country, to fight for the right to teach her nine-year-old son Spanish. She says all the lessons were in Basque.

She initially requested that he receive some instruction in Spanish in elementary school, but was told that this was not available.

SÃ¡nchez says that after suffering threats and abuse, she and her husband were victorious when a court ruled that Basque education authorities had failed to respect her rights under Spain’s constitution. Her son now goes to a school where 30% of lessons are taught in Spanish – at a cost of $ 565 per month for the regional authorities.

“People in Catalonia are afraid to talk about this, but they are more afraid here in the Basque Country, because only ten years ago, if you said something against the Basque language, you would receive two bullets in the head”, a SÃ¡nchez told VOA.

Paul Bilbao, from the Council of Social Entities of the Basque Country, which promotes Basque, told VOA that he would like to see a “full immersion model” in the region like the Catalan model.

â€œThis way we could make sure that all the children leave school with a good level of the Basque language,â€ he said.

In Galicia, in northwestern Spain, Rodrigo Villar CerviÃ±o, 49, a businessman, plans to take legal action so that his two children, aged nine and six, can follow a teaching in Spanish instead of Galician.

â€œThe teacher in my son’s class does not allow him to speak his mother tongue, Spanish, which is a constitutional right. I have nothing against Galician, but I think my children will learn better in their mother tongue, â€he told VOA.

When VOA asked the Galician regional government for a response, a spokesperson denied that students are prohibited from speaking Spanish at any school.

On Wednesday, the Spanish government and the Catalan Republic‘s left-wing independence party reached an agreement to ensure the passage of the 2022 budget. Under the agreement, Spain will pay Netflix $ 16.9 million annually , HBO and other streaming platforms so that 15% of their content is in Catalan and other regional languages.

Fernando’s damning statement that will worry the Spaniards – cvbj

Wreaths Across America In Toms River This Saturday