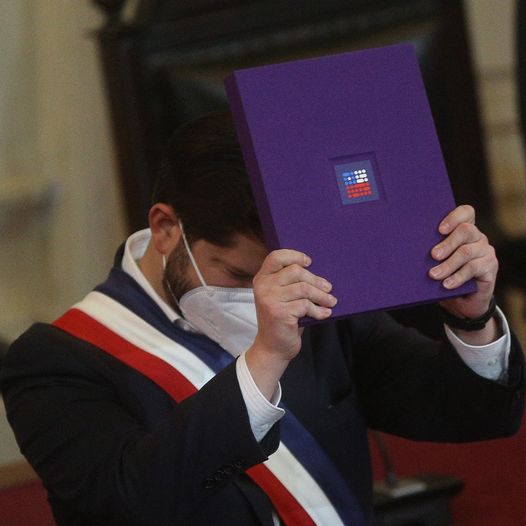 The triumph of intolerance

Whether approval or rejection is required in the next plebiscite to define our constitutional future, all augurs terrible prospects if we consider that in any case what will be imposed is the triumph of intransigence and sectarianism. Especially when everyone accepts that whichever option wins at the polls will be by a quiet lead. This is a far cry from what happened in the referendum a year ago, when the winning option won with nearly 80% of the vote.

The division is deep and does not allow nuances, even if common sense indicates that the new constitutional text suffers from some gaps, errors and contradictions and that the great majority considers that a new Constitution is still necessary. In other words, the Magna Carta inherited from the dictatorship with the modifications made subsequently, in particular under the government of Ricardo Lagos, must in no case prevail.

Although the election campaign period has only just begun, tempers are racing and it no longer seems possible to find a compromise formula to avoid the absurd dichotomy that citizens will have to face. Parties are taking a stand, as are many public figures, while many public actors would rather be silent than be caught in the crossfire. Leaders who until recently had their supporters or detractors, as in the case of Lagos himself and several others, are now being vilified for expressing their doubts about the process and avoiding their final vote. At the same time, the right seeks to rally opponents to the draft constitutional text, feigning a sudden interest in an institutionality that it has opposed for decades to repeal and refound. The word “democracy” is brandished and manipulated from all sides, especially by those who did not hesitate to overthrow a government like that of Salvador Allende and to overthrow the 1925 Constitution.

Admittedly, until the social unleashing of 2019, the bulk of the political class did not make the necessary efforts to replace a text that clearly defended the subsidiarity of the State, consolidated the neoliberal social economic order, restricted fundamental rights of the population, sanctified profit in education and health, while provoking the deepest social inequalities in our history.

Spurred on by strong social protest, the government and legislators agreed on a political solution in favor of a Constitutional Convention which imposes parity in membership and the possibility that a group of organizations and individuals from a very diverse ideological and social spectrum can act as constituents. , Among them were also a group of adventurers and leaders who greatly contributed to the loss of confidence of the country in this Convention and, in terms of results, an almost endless text imposed itself, of a very unlikely popular reading , as well as rules too dissimilar to the characteristics of our previous constitutions. Among them, the dissolution of the Senate of the Republic and the suppression of some of the powers of the President of the Republic.

Gabriel Boric’s commitment to “I approve” is undeniable, but it has put the leader in the uncomfortable position that many Chileans, by rejecting the new Constitution, are taking the opportunity to punish a government that is falling in the polls and that many already doubt his leftism and his will to face inequalities, incessant inflation and so many claims once again frustrated. It is not for nothing that the Communist Party has been forced in recent days to demand from La Moneda the granting of a winter bonus or something similar to alleviate the situation of the poorest or most vulnerable, as they prefer to call them. An initiative which, in this existing intolerance, has exasperated the other allies of the president.

Anecdotally, let us mention the old Christian Democrat custom of addressing letters to their comrades and ending them with a salute to the “fraternity” of the party. We doubt very much that this custom prevails today in the deep division which reigns in the Falange and which led its senator Francisco Huenchumilla to propose the dissolution of this collectivity in the most harmonious terms possible. Note that regardless of the position taken by the party on the September plebiscite, it is assumed that each activist will do what he wants, as many already claim. The same would be true of the Socialists, the PPD, the Radicals and others, among whom party discipline is most in crisis.

Curiously, it is on the right that it is currently possible to find more coherence and the will to vote for the rejection of the constitutional text. But it is fair to emphasize that it is not, strictly speaking, the Magna Carta that most concerns this sector, nor its democratic vocation. For it and the professional associations, what is in danger is the economic model, the dissolution of the AFPs and isapres, as well as the loss of certain tax privileges. In this regard, it is worth recalling the famous phrase of Diego Portales, a former dictator considered a “statesman” and so admired by the right and other sectors: “I can tell you that, law or no law , this lady they call the The Constitution must be violated when the circumstances are extreme”.

This secret ballot, the possibility of blank voting or of canceling the ballot, when one’s convictions differ from the only two options of the Plebiscite, is, in reality, a right that is currently very much in question because of the illegitimate pressure exerted on of voters on a daily basis, in particular via social networks. This pressure does not even respect the independence demanded by journalists themselves and, indeed, by civil servants. In this, fundamental human rights are clearly violated. Just like in other dramatic moments of our civic existence, even families have been so affected by the intolerance exercised against our coexistence.

If the positions become more irreconcilable, if the tensions in the southern macro-zone and in other regions of the country worsen, the permanent danger of military insurrection cannot be ruled out. We already have members of the so-called “military family” who do not rule out new statements that question democratic institutionalization and the obedience due to republican authorities. Just as the first voices of empathy for uninformed intervention came from the political world itself.