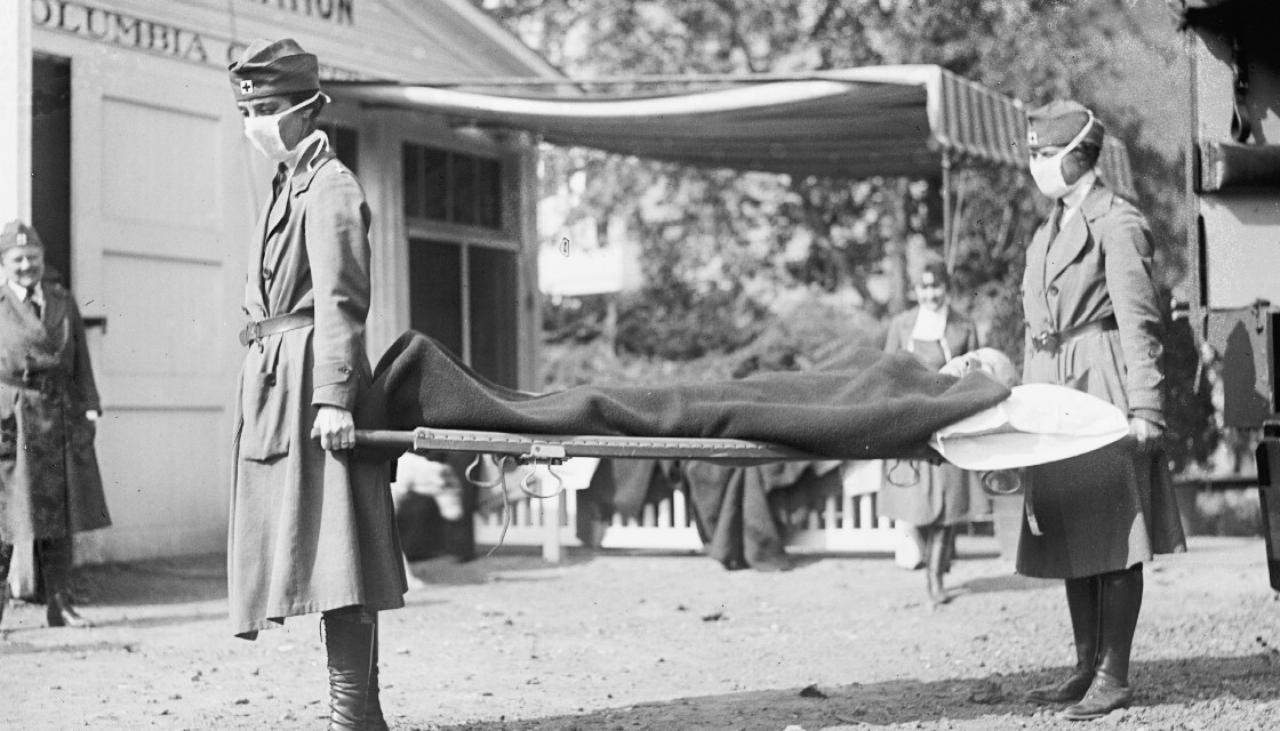 This week in 1918, New Zealand hit peak mortality during pandemic influenza – how it compares to COVID-19

As in 1918, the Maori were disproportionately affected. Maori make up 43% of all COVID-19 cases, although they make up around 15% of the population. In 1918, the Maori had a death rate more than eight times that of the PÄkehÄ.

The glaring difference between the two pandemics is vaccination. Less than two years after COVID-19 reached New Zealand, more than 90% of the eligible population received at least one dose of the Pfizer vaccine.

Pfizer said on Monday that its COVID-19 vaccine offered strong long-term protection against the virus in an advanced-stage study of adolescents. He said two doses of the vaccine were 100% effective against COVID-19, measured from seven days to more than four months after the second dose.

In 1918, such inoculation was not available. There were also no antiviral drugs like today and no antibiotics to treat secondary bacterial infections. Therefore, doctors would rely on a random assortment of drugs with varying degrees of effectiveness, from aspirin for pain relief to herbal drugs.

“A particularly distressing consequence of the infection was that the skin of some of the victims turned purple-black,” New Zealand History Notes. “This was due to pneumonia, which attacked the lungs after the initial infection and was responsible for most of the deaths.”

There was a method of controlling the virus that has translated through the century: containments. According to NZ History, “ordinary life came to a halt as the pandemic peaked” in 1918, with schools and many workplaces closed to stop the spread of the virus.

“Preventive measures included restricting the opening hours of public facilities and postponing or canceling events that would have brought together large numbers – including Auckland’s celebration of the armistice with Germany.”

A newspaper clipping from 1918 showed New Plymouth Public Health Committee instructions to volunteer nurses or family members struggling with the flu. As today, the patients were ordered to be isolated for 14 days. Wearing a mask was also common.

Researchers from Te PÅ«naha Matatini at the University of Auckland recently discovered that if New Zealand hadn’t bothered to lock down when COVID-19 hit our shores in March 2020, it could have infected a third of the population and kill over 30,000.

One of New Zealand’s saving graces was to close the international border and require returnees to spend two weeks in managed isolation facilities (MIQ) – the length of the incubation period of the virus.

The Delta strain of the virus was transported to New Zealand in August via a traveler from Sydney, around the time when trans-Tasman travel without quarantine was temporarily permitted.

The first known case of COVID-19 was a market vendor in the Chinese city of Wuhan, according to a recent study published in the journal Science, and it quickly spread via international flights from China. But how the Spanish flu got to New Zealand is unclear.

At the time, many believed the virus had arrived on a ship that originated in Auckland in October 1918 after leaving Vancouver via San Francisco, according to NZ History.

But analysis of death certificates by historian Geoffrey Rice revealed that the peak in New Zealand mortality likely occurred in late November – several weeks later than would have been expected if the ship had brought the virus. , given its incubation period.

What is known is that New Zealand brought the virus to Samoa via cargo ship in November of the same year, resulting in the deaths of a fifth to a quarter of the population.

Influenza continues to be a significant public health problem in New Zealand, affecting up to 20% of people each year and causing some 500 deaths per year.

After some missteps, Ashley Judd says Time’s Up is ready to “get it right”