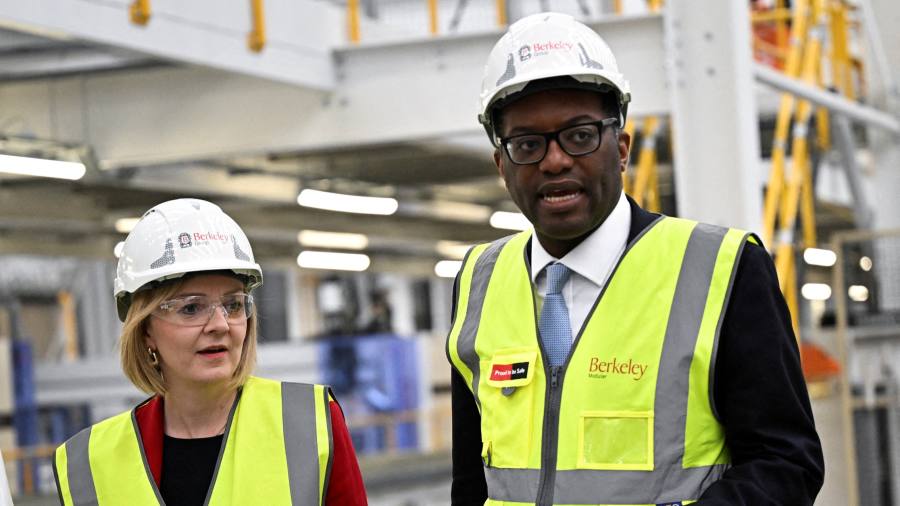 Under fire, Truss and Kwarteng prepare to confront loyal Tories

This article is an on-site version of our The Week Ahead newsletter. Register here to receive the newsletter directly in your inbox every Sunday

Hello and welcome to the working week,

It was would have said by former British Prime Minister Harold Wilson that a week is a long time in politics. So how long is a month? It turns out to be a very, very long time, given the political and economic maelstrom since Liz Truss became party leader in early September. Perhaps she should have paid more heed to the advice of the FT editorial board.

This week, Truss will explain himself to his party, gathered for its annual conference in Birmingham. Although there was no-show reports by Tory MPs, Truss will certainly be joined by her Chancellor Kwasi Kwarteng. He will address the conference on Monday. Truss delivers the closing remarks on Wednesday.

On the other side of the world, Chinese leaders are also involved in the management of certain parties. The country begins its annual Golden Week holiday, kicking off what is expected to be a month of patriotic pageantry in which President Xi Jinping is set to be given an unprecedented third term as Secretary General of the communist party and chief of the chinese army.

Then there are the more conventional elections. You will be able to read the analysis of the journalists of the FT on the “imperfect” vote of the presidential election in Brazil. And this Sunday, Austria will go to the polls to elect its new president.

Finally, it will be another great week for rocket enthusiasts as the SpaceX Crew-5 astronaut mission for Nasa is expected to to take off for the International Space Station from the Kennedy Space Center in Florida – as long as Hurricane Ian does not disrupt the proceedings.

Thank you to everyone who contacts us about this newsletter. Keep sending your tips and opinions to [email protected] or hit reply to the email.

Jobs will be at the center of a fairly lean week for economic data. The United States and Canada release figures on Friday.

It will also be possible to make international comparisons with the PMI reports for manufacturing and services.

It’s another busy week for high street news. Inflation will dominate the UK retailer Tesco half-year results: how much to absorb, how much to oblige suppliers to absorb and how much to pass on to consumers. Investors were somewhat surprised in April when the supermarket chain said it would forgo some profits this year to keep prices high, but the decision now seems prescient.

Other retailers are using funds to help their staff deal with the cost of living crisis. The John Lewis Partnership will this week start offering free food to staff at its department store and the Waitrose supermarket. It’s not entirely an altruistic move given the growing ‘war for talent’ ahead of the busy Christmas period and the warning this month from the employee-owned company that it may not be in able to pay its annual staff bonus.

Wages are rising in the sector. At least three retailers have imposed salary increases during the year and now they are also eliminating benefits – free meals, staff discounts and paid breaks among them.

Here’s a more comprehensive list of what to expect in terms of corporate reports and economic data this week.

Finally, here’s a look at some of the other events and milestones from this week.

Newsletters recommended for you

troubled times — Document the changes in business and the economy between Covid and conflict. Register here