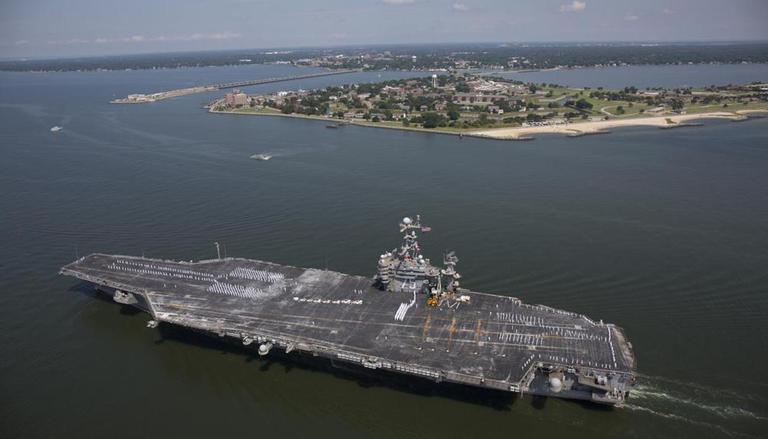 The US aircraft carrier USS Harry S Truman remained anchored off the coast of Split, Croatia, on Monday after taking part in a 12-day NATO naval exercise in the Mediterranean Sea.

The nuclear-powered aircraft carrier will remain in the port of Split until February 15, after arriving last Friday in what Croatian Defense Minister Mario Banozic described as “a routine visit to logistical resupply and crew rest”.

NATO is continuing its military exercises in the Mediterranean and Adriatic seas amid tensions in Eastern Europe over a Russian military buildup near the Ukrainian border.

F-18 fighter jets from the USS Harry S Truman flew over the Baltic States, Poland, Romania and the Ionian Sea.

The Italian, Greek, German and Spanish navies also took part in the exercises.

NATO has been beefing up its defenses around its allies in Eastern Europe since late last year.

The Netherlands plans to send fighter jets to Bulgaria in April and is putting ships and ground units on standby for the NATO Response Force.