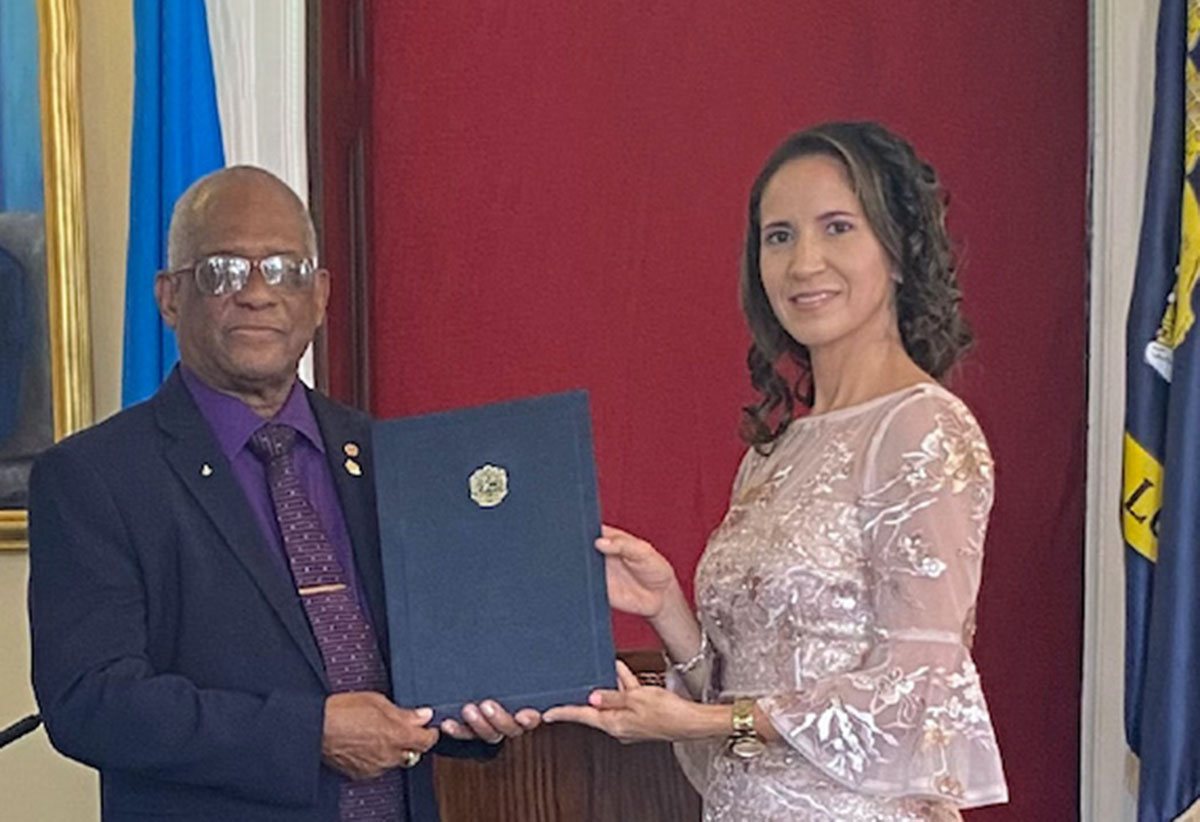 After the presentation of the credentials by Ambassador Escalona, ​​a very pleasant conversation began with Governor Charles, in which the importance for both countries of strengthening the relations of cooperation and friendship that have existed for more than 40 years.

In this regard, the Governor stated that since the establishment of diplomatic relations in 1980, our countries have maintained cordial relations at the regional, bilateral and international levels, observing a common thread in these areas, as well as the invaluable contribution of the community cultural point of view which has remained until today.

In this sense, he added that the Venezuelan mission in Saint Lucia has always been at the forefront of the cooperation efforts of our two nations through the arts and humanities, recalling the number of students who have been trained in the Spanish language, as well as the students of the Santa Lucia music school, who were supported in their musical activities. Today, the beneficiaries of the Spanish courses, including many of those who are gainfully employed in the tourism industry and in various professions corresponding to their training, have seen the very positive results of this bilateral cooperation.

Sponsored | The article continues below

Later, Ambassador Escalona was received by the Prime Minister, the Honorable Phillip J. Pierre in his office, in which he expressed his resounding support for the government of President Nicolás Maduro, stressing the importance of the fight for the sovereignty of Venezuela, in which Saint Lucia will continue to make its voice heard on the various international platforms.

As part of the conversation, the Prime Minister expressed his interest in activating the ALBA integration program as soon as possible, as well as taking the necessary steps to incorporate Saint Lucia as a full member of Petrocaribe. For her part, Ambassador Escalona thanked the Prime Minister for his words of welcome and the interest shown in being part of the integration programs of Alba and Petrocaribe. The Ambassador to Venezuela thanked him for the support and solidarity shown by Saint Lucia towards the Venezuelan government and people in all international spaces since his arrival in his government in July 2021.

Prior to the presentation of the credentials, Ambassador Leiff Escalona held a meeting with the Chief of the Economic and Political Section of the Ministry of Foreign Affairs of Saint Lucia, Ms. Nancy Nicolas, where topics related to education, in especially the teaching of the Spanish language. The possibility of increased trade from the hopefully futuristic air interconnectivity being envisioned for Saint Lucia and the region through the Venezuelan airline CONVIASA was also highlighted.

And finally, to close the usual day of visit on the day of the presentation of credentials, HE Ambassador Escalona paid a visit to the Office of the Leader of the Opposition and was assisted by Hon. Bradley Felix. There was the cordiality and mutual respect that characterize our diplomatic relations.

Sponsored | The article continues below