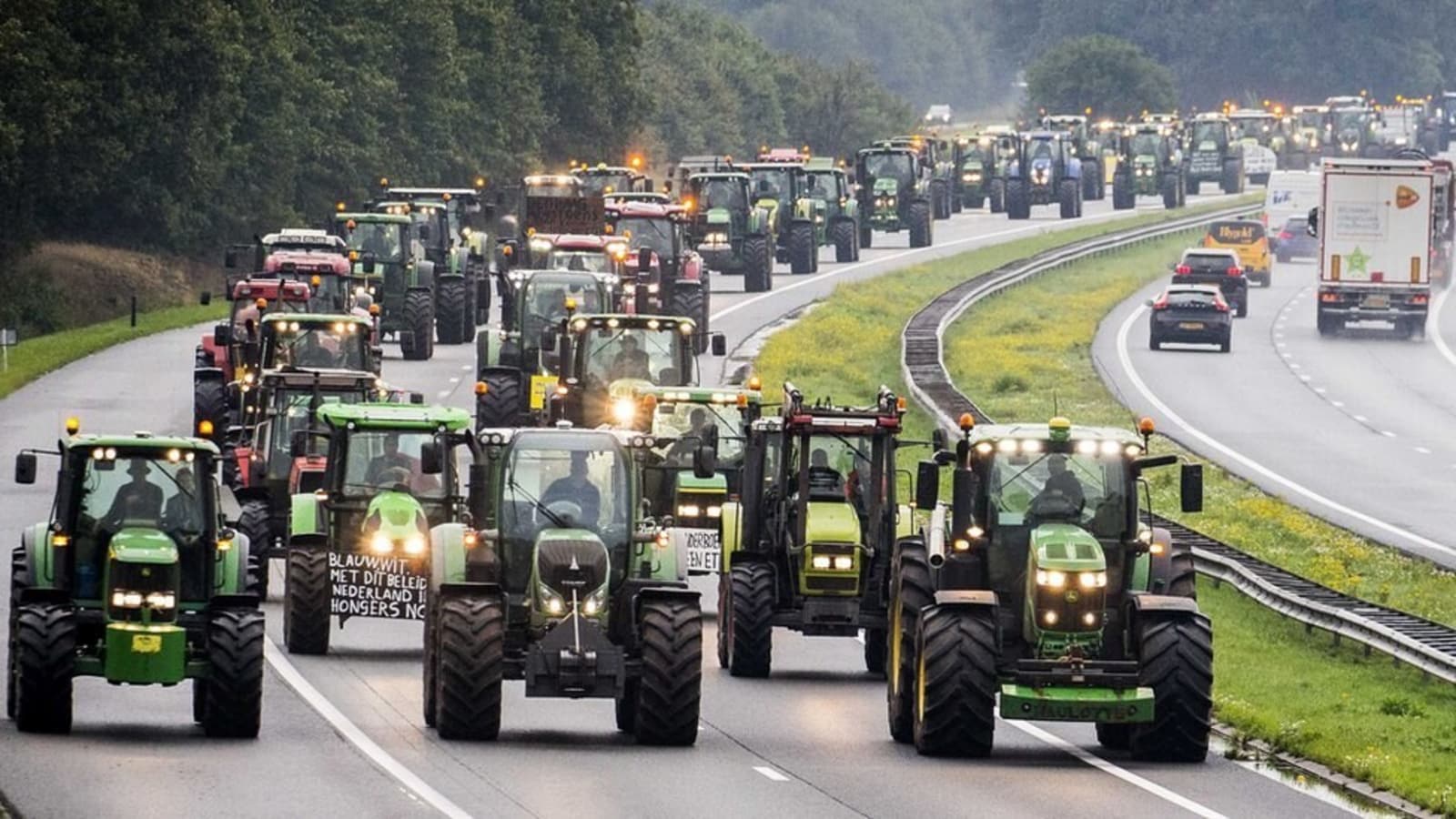 If the global energy crisis, as a direct manifestation of the war in Ukraine that has now been going on for five months, was not enough, then the ongoing farmer protests in Europe, sparked by proposals to cut emissions from the Dutch government, will hit food supply chains and deliver a double whammy to the global economy.

In the face of growing protests, the EU will have to balance its food security with the green environment, otherwise the repercussions of this unrest will not only affect the global food chain and will further fuel inflation in the affected countries. With oil prices at an all-time high due to sanctions imposed on oil producers in Russia and West Asia making windfall profits by cutting production, any blow to the global food supply chain will sink small economies and the Sri Lankan crisis will be replicated on other continents.

As the war in Ukraine has become a battleground for Russia and the Western bloc, a massive farmer protest, sparked by proposals to clamp down on emissions of known pollutants from intensive animal and crop production systems, is gaining momentum. magnitude in the Netherlands.

The scale of the protest not only puts pressure on the Dutch government to reconsider its £22bn plan to cut nitrogen and ammonia emissions by 50-70% by 2030, but the European Union would also face a tough choice between food security and a green environment as other countries show solidarity with the protests.

German, Italian, Spanish and Polish farmers have also launched protests in a show of solidarity, fearing that their governments will also implement a similar plan to comply with EU rules. On June 6, German farmers blocked the roads on the German-Dutch border and gathered in large numbers to protest near the town of Heerenburg. Italian farmers have also staged protests against tractors in rural areas, threatening to take the protests to the streets of Rome. Polish farmers have taken to the streets of the nation’s capital against high interest rates that have destabilized production and threatened their livelihoods. They also blamed the government for allowing cheap food imports. The heat of rising inflation has also reached Spain where farmers have blocked highways in the southern region of Andalusia against high fuel prices and inflation in the cost of essential goods.

In an apparent move to appease farmers, the European Parliament issued a resolution, slamming India’s “distorting” sugar subsidies, citing them as contrary to the WTO farm deal and damaging India’s sugar producer. the EU. Although the resolution offered some relief to the European sugar industry, the protests have not diminished.

The agricultural sector in the Netherlands accounts for 45% of all nitrogen emissions and under the Dutch government’s plan the farmer is expected to significantly reduce the amount of nitrous oxide and ammonia emissions produced by his cattle. This means many farms would be forced to downsize and some would be permanently closed. Although the government has announced major investments in agricultural housing and technology, it will also have the option of forcing farmers to sell their land in case enough volunteers for the technology change are not found.

According to one estimate, the Dutch government’s plan could force 30% of farms to close by 2030. has left furious Dutch farmers who face great uncertainty about their future in the traditionally government-backed industry.

Thousands of them blocked ports, airports, roads as well as supermarket distribution centers with their tractors, burned straw bales in the streets and dumped manure on government buildings. Supermarkets are running out of food as protests continue to escalate. Other sectors have also started to join the protests, with fishermen blockading ports and several ships honking their horns to express their frustration at rising inflation. However, Dutch Prime Minister Mark Rutte, for now, has defended the plan saying there is a ‘limit to what a government can do’ to help people amid rising inflation. . This is not the response an ordinary man expects from his government.