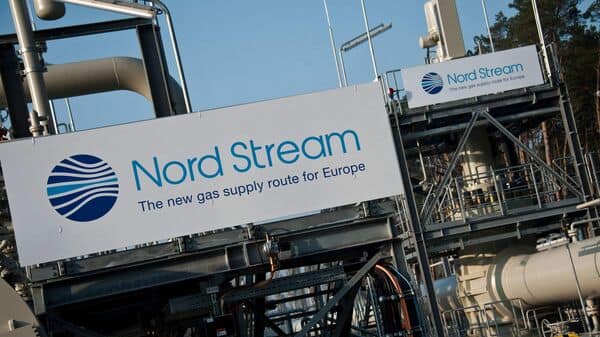 Is Europe heading for a harsh winter of discontent? Warning lights come on as the war in Ukraine continues. Russia has cut off gas supplies to the EU in retaliation for the sanctions the West has imposed on it and the financial and military aid it is providing to Ukraine. Nord Stream 1, the continent’s largest gas pipeline, is now only operating at 20% capacity.

If Russian President Vladimir Putin continues to starve the EU of gas, millions of people could face a harsh winter, when gas demand is at an all-time high, and economic disaster.

Spot natural gas prices are now nearly 10 times higher than two years ago. Across the EU, this is fueling record inflation – currently close to 9%, the highest ever recorded in the history of the eurozone, reducing people’s purchasing power, pushing thousands into poverty and imposing a huge burden on the industry. Germany, the dominant economic and political force in the EU, depends almost entirely on Russian gas imports. No less than 16% of German manufacturing companies have reduced production or partially stopped work due to rising energy prices. The European economy is facing stagflation and recession.

Several countries across Europe are considering reducing or turning off public lights, or even adopting “energy curfews”, with early closures of businesses and offices. The city of Hanover in Germany has already started cutting off hot water in public buildings, swimming pools and gyms. . Mobile air conditioners, fan heaters and heaters are prohibited. Public fountains have been turned off and large buildings such as the town hall are no longer lit at night. These measures are part of a European plan to reduce gas consumption by 15% until next spring.

What will happen if Putin tomorrow cuts gas supplies from Russia to Europe? Overall, underground gas storage facilities in the EU are now at 67% capacity. At this level, the EU will have just enough gas to arrive at the end of November, according to estimates. Some countries like Spain, Portugal and Bulgaria will be sold out by December, even at full capacity. German Foreign Minister Annalena Baerbock admitted last fortnight that natural gas shortages this winter “could trigger popular uprisings”.

There can also be a deep split in the public’s mood. A recent YouGov opinion poll in Britain found that 65% of people over the age of 65 were in favor of further sanctions on Russia even if it has a negative impact on the UK economy, compared to just 22% of those over 65. 18-24 years old. In the United States, 83% of those over 65 supported the sanctions, while only 48% of those under 30 were of the same opinion.

The obvious conclusion that can be drawn from these figures is that older people remember the Cold War, when the Soviet Union was the West’s worst enemy. But all that ended 30 years ago; younger people have no such memories. They may hate Putin intensely, but most of them don’t see why they should suffer hardship for a war in a distant land. And government-imposed austerity measures and an economic downturn would hit young workers harder than those over 65.

Meanwhile, over the past two months, Europe has seen many protests by farmers. It started in the Netherlands in early June, where a government directive to reduce nitrogen-based pollutants could force farmers to reduce their herds or stop farming. Within days, the protests spread to Germany, Spain, Italy and Poland, although the demands were different from those of their Dutch brethren and more directly related to the war in Ukraine.

German farmer groups are protesting an amendment to the Renewable Energy Law, saying it does not sufficiently support biogas production even as the country heads into an energy crisis. Polish farmers are upset by the rising cost of fertilizers. In Spain and Italy, they are fretting over the high prices of fuel and essentials.

In a bid to curb inflation, the European Central Bank raised interest rates for the first time since 2011. But some economists believe that may not have been a smart move. The current inflationary pressure is due to supply-side factors, after all. Higher interest rates can further depress economic activity, making it harder for governments to mobilize the resources needed to cushion the effects of an energy crisis. The euro also fell against the dollar, which made imports more expensive. The euro is currently trading at a 20-year low against the US currency.

It seems increasingly that EU leaders have overplayed their game by declaring an unprecedented economic and financial war with Russia. Of course, the Russian economy is suffering, but European economies may end up suffering more. A freezing winter can lead to serious public disturbances. Governments can fall.

In a month or two, cracks could start to appear within the EU. Hungary has said it will not support new sanctions against Russia. Spain, Portugal and Greece opposed the proposed 15% reduction in gas consumption. But the EU’s strident rhetoric since the start of the war may have made it difficult to pull back. He has so far refused to negotiate with Putin. Yet Europeans may soon be tired of the costs imposed by war. And the West could then be faced with a crisis of its own making.

* Thank you for subscribing to our newsletter.