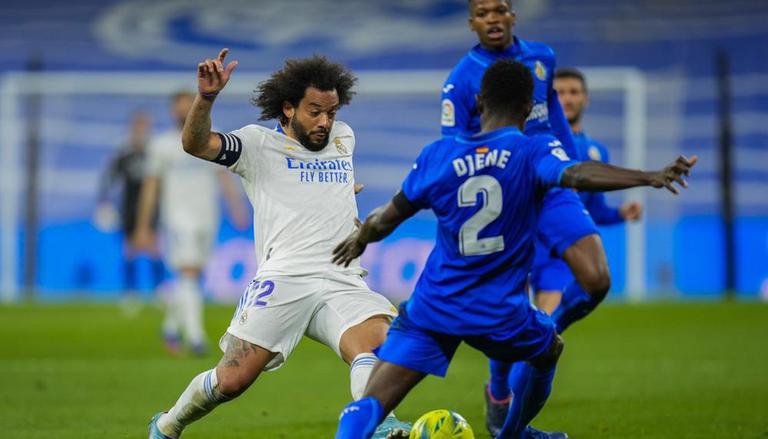 The left-back started in the 4-0 home win over Espanyol which helped Madrid lift the Spanish league.

Marcelo lifted his 23rd trophy with the club in January, when Madrid lifted the Spanish Super Cup days before Gento’s death.

Marcelo has lost his starting spot this season and hasn’t played often. He was in the starting line-up on Saturday, however, as manager Carlo Ancelotti rested most of the regular starters ahead of the Champions League semi-final against Manchester City next week.

Marcelo gave his compatriot Rodrygo the pass to open the scoring against Espanyol in the 33rd minute at the Santiago Bernabéu. Rodrygo added with a header in the 43rd, Marco Asensio scored in the 55th and substitute Karim Benzema closed the scoring in the 81st.

He joined Madrid from Brazilian club Fluminense in 2006 to succeed Brazilian great Roberto Carlos on the left flank.

Marcelo’s former Brazilian teammate Dani Alves has the most career titles with 41, most of them with Barcelona.

Benzema won his 21st trophy with Madrid on Saturday.

The Absolute Best Mediterranean Restaurants in the United States