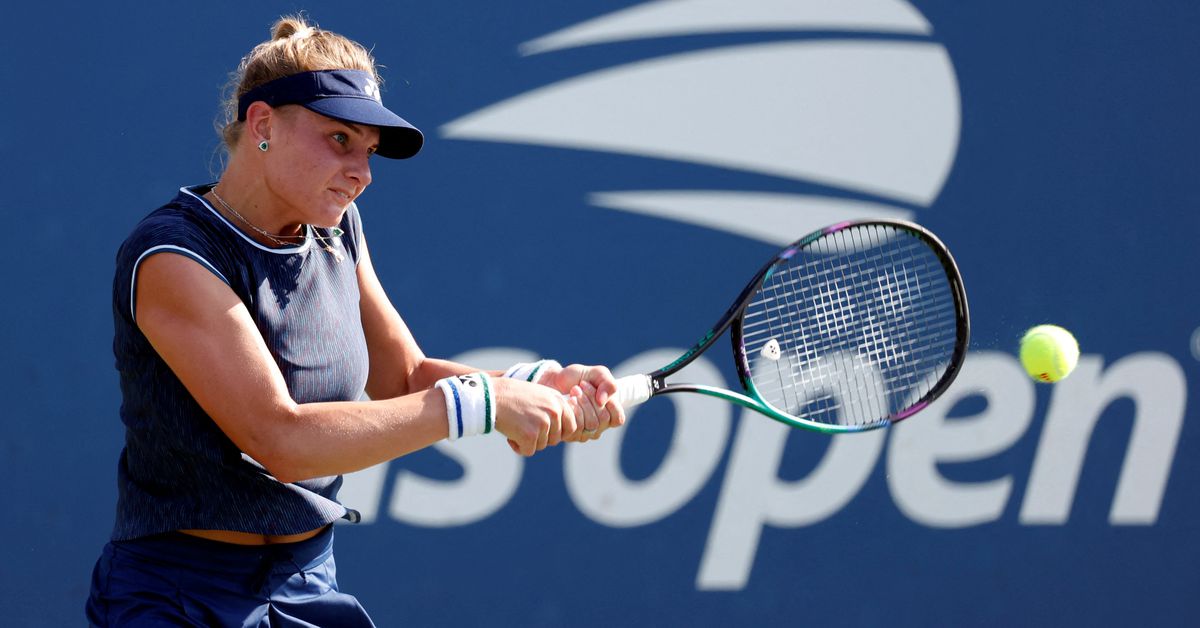 Yastremska scored three aces in the match which lasted just 65 minutes. After the victory, she draped herself in a Ukrainian flag and fans cheered her on with emotion, well aware that the 21-year-old’s homeland was invaded by Russia.

“I really want to win matches for my country,” Yastremska said in her on-court interview. “This tournament is very emotional for me but I’m very happy with today’s victory. I’m very happy to be here and in a safe place with my sister. I’m happy to do the things I love really — playing tennis.”

Yastremska will next face fifth-seeded Jasmine Paolini after the Italian secured a 6-1, 6-2 victory over Germany’s Tamara Korpatsch.

In other matches, Vitalia Diatchenko of Russia beat third-seeded Viktorija Golubic of Switzerland 7-6(4), 4-6, 6-4; No. 8 seed Shuai Zhang of China won 6-4, 6-4 over Arantxa Rus of the Netherlands and Caroline Garcia of France won 6-4, 2-6, 6-3 against Martina Trevisan of Italy.

Next up for Svitolina is a quarter-final match against fifth-seeded Camila Osorio of Colombia.